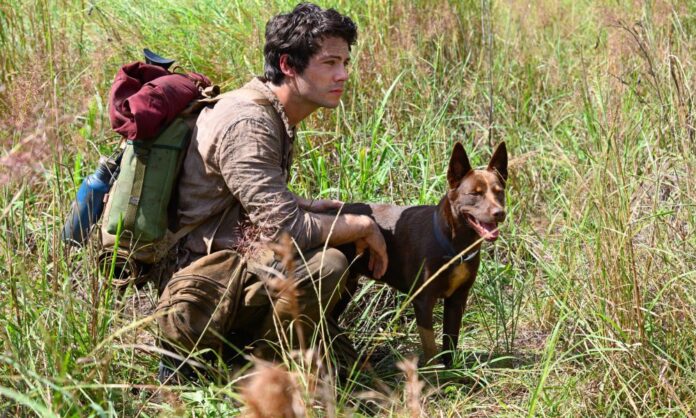 Y’know, times are really fucking hard. The summer blockbuster season is supposed to help alleviate that with stupid, turn-your-brain-off entertainment and we got NONE of it. Now we’re in depressing drama mode, and that can’t be good for anybody. Fortunately, Love and Monsters is here to remind that there are still some movies left that are just meant to be fun.

Starring The Maze Runner‘s Dylan O’Brien and Iron Fist star Jessica Henwick, Love and Monsters takes place in the aftermath of a monster apocalypse that wiped out most of humanity. Unfortunately, for one guy he ends up miles away from his girlfriend when people are forced underground, and now he must fight through hordes of monsters to get her back.

Behind the camera is director Michael Matthews, who emerged with 2017’s Five Fingers for Marseilles. The script was co-written by Matthew Robinson (The Invention of Lying) and Brian Duffield, whose resume is perhaps more apt. He has taken a pen to The Divergent Series: Insurgent, Underwater, The Babysitter, Jane Got a Gun, and the upcoming film Spontaneous which opens next month. Duffield’s got a knack for mixing genre with goofy comedy, and that makes this one film I’m dying to see.

SYNOPSIS: Seven years after the Monsterpocalypse, Joel Dawson (Dylan O’Brien), along with the rest of humanity, has been living underground ever since giant creatures took control of the land. After reconnecting over radio with his high school girlfriend Aimee (Jessica Henwick), who is now 80 miles away at a coastal colony, Joel begins to fall for her again. As Joel realizes that there’s nothing left for him underground, he decides against all logic to venture out to Aimee, despite all the dangerous monsters that stand in his way.