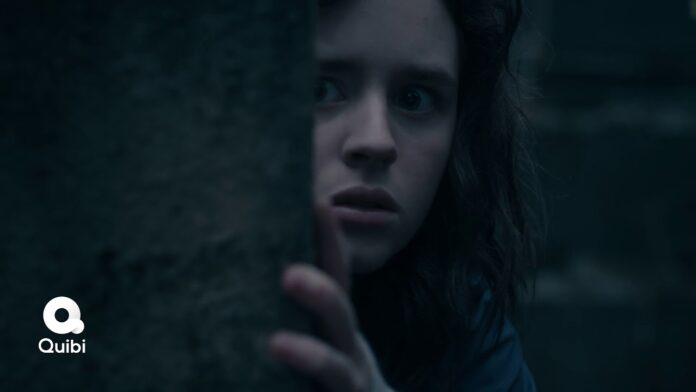 Quibi, the mobile streaming service that offers programming in bite-sized segments, is off to a rough start. With reports they are possibly looking to sell, the end could be near and that would probably be the end of a lot of really cool shows. One of those that received quite a bit of acclaim was Sam Raimi’s 50 States of Fright anthology, with scares coming from a different state every episode.

New episodes are on the way, this time focused on Washington, Iowa, Colorado, and Missouri. The cast he’s assembled for these is pretty great, too, and you can check ’em out in the below episode descriptions:

Iowa: Almost There – With the ghost of her dead mother terrorizing her, an engineer must fix a turbine in the middle of Iowa while a storm rages.
Written by: Scott Beck & Bryan Woods
Starring: Taissa Farmiga, Ron Livingston, Katie Stuart

Washington: 13 Steps to Hell – When a sister descends a strange underground stairwell adjacent to an overgrown Washington cemetery to retrieve her little brother’s lost toy, she finds more than she bargained for at the bottom of the steps.
Written by: Sarah Conradt
Directed by: Lee Cronin
Starring: Rory Culkin, Lulu Wilson

Colorado: Red Rum – When a bunch of “influencers” descend on Colorado’s most haunted hotel, they find themselves the victims of a bunch of spirits who just want to be left alone.
Written by: Daniel Goldhaber and Isa Mazzei
Directed by: Daniel Goldhaber
Starring: Christina Ricci, Jacob Batalon, Victoria Justice, Colin Ford

Missouri: Dogwood – Azalea – When a young girl moves to a new town in rural Missouri with her family, she makes a new friend of a very old and angry soul.
Written by: Cate Devaney
Directed by: Cate Devaney
Starring: Erica Tremblay, Elizabeth Reaser, Warren Christie

50 States of Fright returns to Quibi on September 28th.