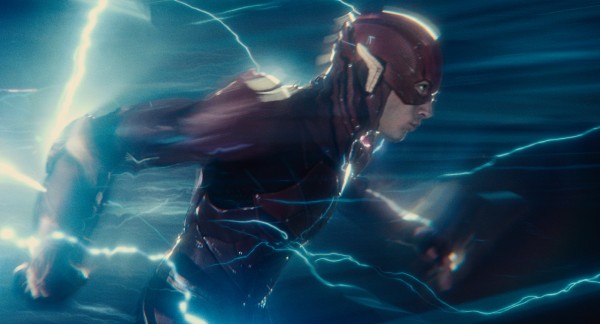 The solo Flash movie with Ezra Miller has been through its share of ups and downs. Multiple directors and writers have come and gone, and for a while it was legit on the ropes and looking like it may not happen. That was when Miller, in a fit of desperation, took it upon himself to write a new script, joining with comic book legend Grant Morrison. Their screenplay was never taken too seriously, but Morrison says it probably should’ve been, and describes it as being very similar to the classic Back to the Future.

Morrison told Collider in an interview…

“No, it wasn’t [darker] really. I mean, elements of darkness were there and the material that they wanted us to use [was] the Flashpoint stuff. So, Ezra and I were actually trying to do something that was a bit more — like I say, it’s kind of like just a great science-fiction story. And if you don’t know [the comics], it would have made sense. But I have to say, I mean, I don’t want to talk about that, because somebody else has done their own work on it and I’m sure it will be great. And maybe, as I say this will leak out one day and people can judge.”

The “somebody else” he’s referring to is Birds of Prey writer Christina Hodson, who is all over the DCEU right now. She’s working on a new script that will be directed by It and Mama filmmaker Andy Muschietti.

The Flash is currently set to open on June 3rd 2022. Expect to learn more about it during DC FanDome on August 22nd.