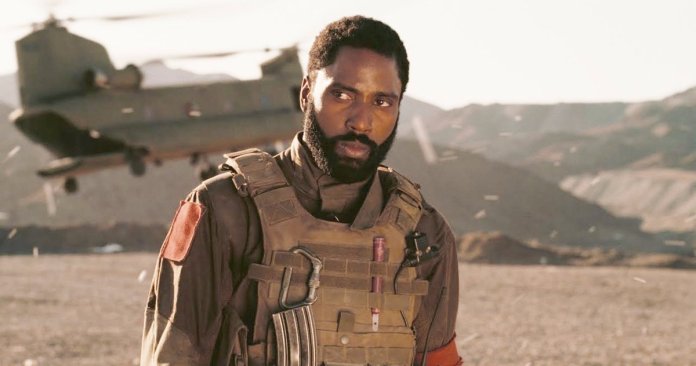 Warner Bros. was pretty sneaky yesterday while the rest of us were distracted by DC FanDome (which was pretty awesome). They released a new trailer for Tenet, backed by a new song by Travis Scott, titled “The Plan”, which was recorded exclusively for the anticipated espionage thriller.

There’s a decent amount of new footage here, but the premise remains as mind-boggling as ever. John David Washington stars as a man on a mission to save the world, time inversions and other Inception-style lunacy be damned. The cast includes Robert Pattinson, Elizabeth Debicki, Dimple Kapadia, Martin Donovan, Fiona Dourif, Yuri Kolokolnikov, Himesh Patel, Clémence Poésy, Aaron Taylor-Johnson, with Michael Caine and Kenneth Branagh.

The trailer arrives just days before Tenet opens on September 3rd, however it’s already been screened in some markets and the reaction has been mixed. That’s not a good sign when you’re asking people to possibly risk their lives to see your movie. It better be fucking AMAZEBALLS.