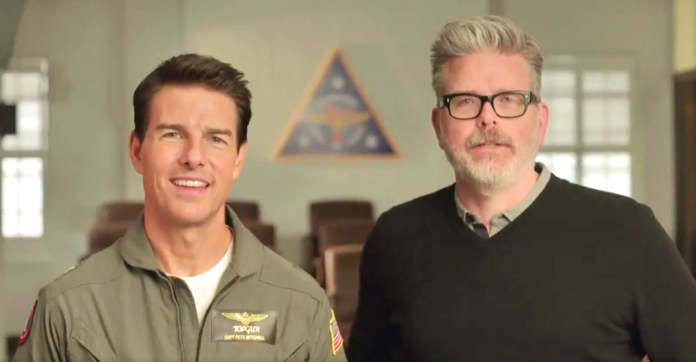 What, you didn’t think Tom Cruise would blast off into space without his buddy Christopher McQuarrie, did you? When this outer space film Cruise is working on with Elon Musk was announced, my speculation was that only a few people would be trusted to work on it. Two of those people are definitely on board: one is director Doug Liman, and now we know the other is McQuarrie, who will have a key role to play.

Deadline has provided an updated on the untitled movie, which will be the first to shoot in outer space with the help of NASA and Elon Musk’s SpaceX. The last we heard, Universal had picked up the rights and were ready to drop $200M+ on the project. We now know that McQuarrie, who will act as story adviser and producer, was part of an enthusiastic ZOOM meeting that got Universal to sign on the dotted line.

Also involved is relatively-new producer PJ van Sandwijk, best known for docs Citizen K and American Dharma, so this is a big step up.

Liman is currently writing the script, but don’t be surprised if McQuarrie has a hand in that, too. He’s had a part to play in pretty much every Cruise film since they first worked together on Valkyrie in 2008. The two are inseparable at this point, and Cruise trusts him completely. A project of this magnitude isn’t going anywhere without McQuarrie’s deep involvement.

Cruise and McQuarrie are currently shooting two back-to-back Mission: Impossible movies, the last one opening in 2022. There won’t be any leaving orbit until those are done and in the can, and with no script it could be a long wait.