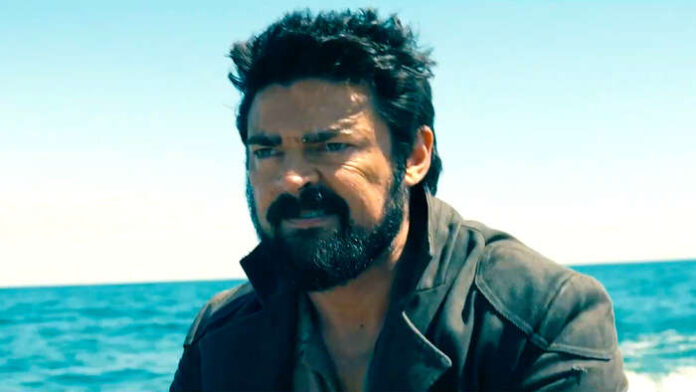 Don’t worry your pretty little human heads, Amazon Prime’s The Boys is back for season two. And not only that, but it was revealed at yesterday’s Comic-Con @ Home panel that the fucked-up superhero series has already been renewed for a third season.

The hour-long panel featured showrunner Eric Kripke along with the show’s stars Karl Urban, Jack Quaid, Antony Starr, Erin Moriarty, Jessie T. Usher, Laz Alonso, Chace Crawford, Tomer Capon, Karen Fukuhara, and Aya Cash. The news of its renewal was revealed by exec-producers Seth Rogen and Evan Goldberg, with the promise that season 2 will be even crazier than the first.

And that was certainly borne out in the season 2 clip that debuted, which finds Billy Butcher and the gang in a speedboat chased by hungry sharks, only to have an unfortunate encounter with a whale.

“I think hands down that’s probably the weirdest thing a lot of us had done in our careers,” Urban said. “You had all of us actors in the boat, and we were actually doing it. We had a helicopter that was hovering 80 to 100 feet in the air, flying along parallel with us. You never get to experience doing something for real anymore, it’s usually all done on the green screen, but we were actually out there in the water doing horrendous speeds and having fun.”

To put it mildly, The Boys isn’t for anybody who wants a traditional take on superheroes. Who wants the same ol’ boring thing, anyway? The new season of The Boys kicks off with three new episodes on September 4th, with Amazon Prime premiering the finale on October 9th. There will also be a weekly post-show, Prime Rewind: Inside The Boys, hosted by Aisha Tyler, moderator of the Comic-Con panel.