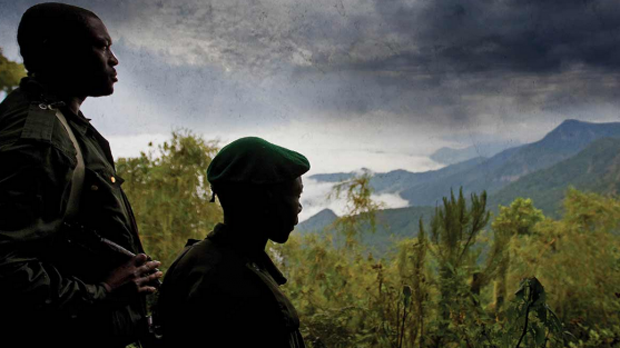 In 2014, Netflix earned just its second Oscar nomination in its short history for a documentary feature, Virunga. Directed by Orlando von Einsiedel, it followed rangers risking their lives to protect gorillas at the Congo’s Virunga  National Park during the rise of a violent rebellion. Conservation efforts are one of those things that perk up the ears of Leonardo DiCaprio, and he’s set to make a movie based on Virunga, and he’s bringing Moonlight director Barry Jenkins with him.

Deadline reports that Jenkins will write the script for Virunga, based on the acclaimed documentary. DiCaprio will produce through his Appian Way banner, having exec-produced the doc for Netflix, who are also involved with this adaptation. Nothing on who will direct at this point, or if DiCaprio will have a role.  DiCaprio has quietly attached himself to numerous environmental docs in the past, and it continues to be a passion that he doesn’t talk much about publicly.

The inclusion of Jenkins is interesting and unexpected, but this is what happens when you write and direct two critically-acclaimed films as Moonlight and If Beale Street Could Talk. He’s currently finishing up an Underground Railroad series for Amazon, and will then move on to a biopic of choreographer Alvin Ailey.