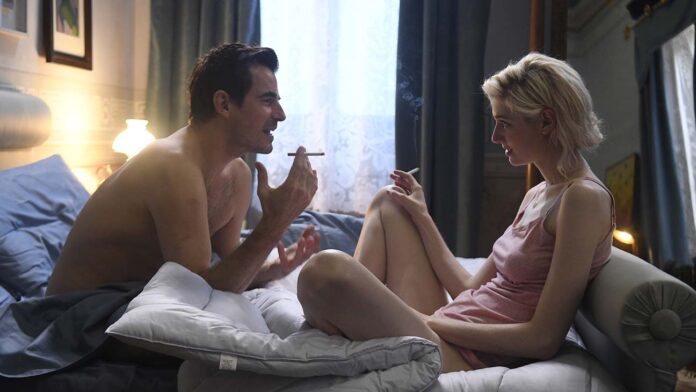 I know it seems like it, but not every movie has been delayed or pulled from its theatrical release. Some have had their theatrical runs cut woefully short. One of those is The Burnt Orange Heresy, an adaptation of Charles Willeford’s artsy novel starring Claes Bang, Elizabeth Debicki, Donald Sutherland, and a Mick Jagger performance as cool as the other side of the pillow. The film opened in March, just before the shutdown, and Sony Pictures Classics thinks it deserves another go.

Sony Pictures Classics plans to re-release The Burnt Orange Heresy on August 7th, giving those who may have missed it another chance to check out the high-class art world drama. The story follows an art critic and his lover who are tasked by a patron with stealing a famous painting from a reclusive artist.

My prior experience with The Burnt Orange Heresy wasn’t great. While the film has a certain aristocratic style and more than its share of poetic turns of phrase, I found it painfully dull and couldn’t get through it. Maybe I was in the wrong frame of mind. It’s been a regret to have left it unfinished, and this is a chance to fix that.