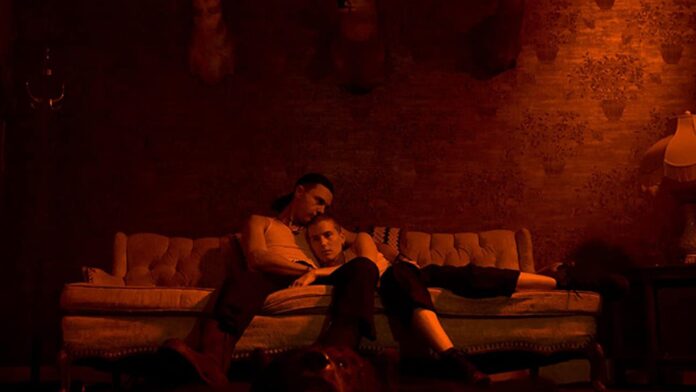 Run With The Hunted tells the story of Oscar (Mitchell Paulsen) and his best friend Loux (Madilyn Kellam). Loux and her brother Amos (Evan Assante) come from an abusive household. Their mother is no longer in the picture, and their father is an alcoholic POS. Oscar can only stand by for so long watching the abuse before he snaps. One fateful night Oscar reaches his breaking point and kills Loux and Amos’s father. Oscar leaves their small rural town for the nearest city, 100 miles away, to start a new life. Right off the bat Oscar runs into Peaches (Kylie Rogers), who is part of a group of runaway children known as the family of broken toys. These kids commit petty crimes around the city for Sway (Mark Boone Junior) and ultimately Birdie (Ron Perlman). Oscar is eventually welcomed into the family, furthering his life of crime.

Fifteen years later and Oscar (Michael Pitt) is now in charge of the next generation of runaway kids, the lost boys. Having lived through a similar experience, Oscar can relate to their plight while trying to teach them valuable lessons. Birdie still has them committing crimes, but there are lessons now! Loux (Sam Quartin) and Amos (Gore Abrams) have moved to the city for a better life. Loux manages to get a job as a secretary for a grumpy private investigator named Lester (Isiah Whitlock Jr.) Almost immediately she stumbles upon an old box of files that include Oscar’s missing child ad from fifteen years ago. There is no doubt in Loux’s mind that Oscar is in the city, and she will stop at nothing to find him. Little does Loux know that Oscar is now one of the head honchos in Birdie’s operation.

One decision can change the trajectory of countless lives. Writer and director John Swab shows us just how drastically in Run With The Hunted. Oscar had a seemingly bright future, and caring family, that he threw away to protect Loux. Loux and Amos were saved from further abuse, but who would go on to raise them? There’s no way to know how Oscar would have turned up, but it’s safe to assume it would have been markedly different than the dirty and sleezy life he has.

Run With The Hunted explores the dark and gritty world of a city’s underbelly. The children littering the crime infested streets and the adults taking advantage of them. Swab weaves in flashbacks from the past, using red lighting to show the anger within people about to boil over. It is a technique seen before, but Swab takes it to another level – bathing scenes in red light. 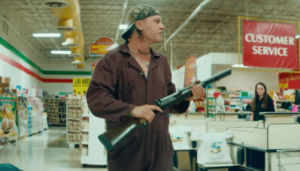 Swab tries to weave in different story lines throughout the film, sometimes successfully and other times falling short. Storylines are left dangling and Run With The Hunted feels incomplete without natural conclusions to them. It is almost as if Swab felt like he ran out of time and rushed to end the film. Run With The Hunted has mediocre acting and a lack of action. The film drags on at times and never truly gets you to care for the main players. When the dust settles, Run With The Hunted does not bring enough to the table to separate itself or leave a lasting impression.