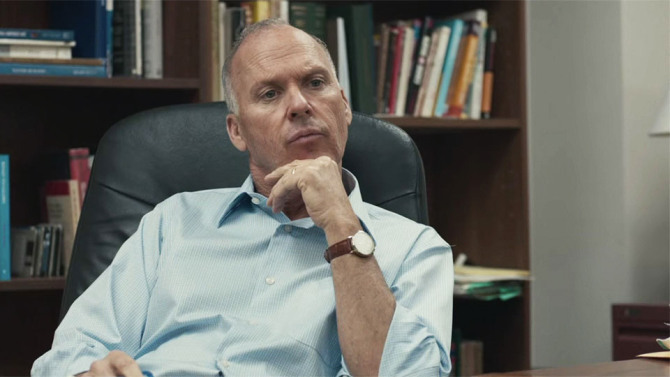 Michael Keaton is returning to the small screen for the first time in more than a decade, and his return will be on an opioid drama series for Hulu. THR reports Keaton will star in Dopesick, which boasts the talents of writer/showrunner Danny Strong (Empire) and legendary director Barry Levinson.

Dopesick is based on the book by Beth Macy, and takes a look at the current opioid crisis from multiple angles, almost similar to what Steven Soderbergh did with the drug crisis in Traffic. Keaton plays Samuel Finnix, a compassionate doctor who gets swept up in the struggle due to his connection with Big Pharma.

The series will be directed by Levinson, whose credits include such classics as Rain Man, Wag the Dog, and The Natural. Recently, he’s been working on notable TV films such as The Wizard of Lies and Paterno. Strong turned from acting to filmmaking, making his directorial debut with Rebel in the Rye. He also co-created Fox’s hit series, Empire, and wrote acclaimed films Recount, Game Change, and The Butler.

But the hook here is Keaton, an Oscar nominee for his performance in Birdman, while accumulating other memorable roles in Beetlejuice, The Founder, Batman, and Spotlight. He most recently starred in the Sundance drama Worth, about the 9/11 Victim Compensation Fund, and has yet to gain distribution as far as I can tell. His last go at series TV was in The Company back in 2007.

I have a question: where in the Hell is Michael Keaton drama Worth? The film, which follows the guy who managed the 9/11 Victim Compensation Fund, has no release and no distributor as far as I can tell. It’s Michael Keaton, and