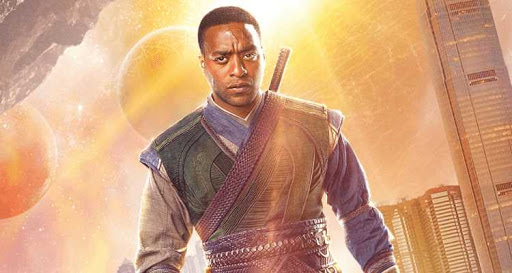 Truly great villains the MCU are pretty hard to find, and I don’t know if Chiwetel Ejiofor’s Mordo from Doctor Strange qualifies since…well, he’s not really a villain yet. But at least now we know he’ll have a chance to turn fully to the dark side in sequel Doctor Strange in the Multiverse of Madness.

While doing press for Netflix’s upcoming action film The Old Guard, Ejiofor confirmed to Screenrant he’ll return as Mordo in the Doctor Strange sequel. However, he isn’t sure when shooting will begin due to the worldwide pandemic…

“We’re hoping to start pretty soon is what I can tell you. So, you know, as soon as possible. We’re all really excited to get going and to get cracking with it. I can’t wait.”

Ejiofor will have a new director to work with, Sam Raimi, and of course, Benedict Cumberbatch is back as the good Doctor. Benedict Wong will also return as Wong, and Elizabeth Olsen is expected to have a sizable role as Scarlet Witch, who can assume is turning to Doctor Strange for some help with her magical abilities.