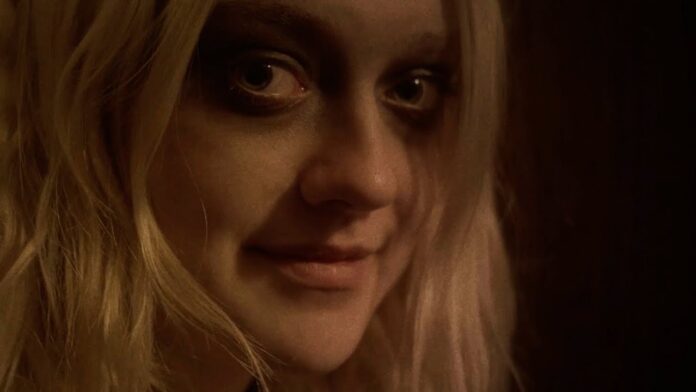 Way back in 2013, Dakota Fanning signed on to star in the English-language debut by Miss Bala director Gerardo Naranjo. Titled Viena and the Fantomes, the musical drama centered on a roadie as she embarks on a journey of self-discovery while traveling across American with a punk rock band in the 1980s. Shot in 2014, the film just sorta vanished. No premieres, no festival dates, nada. And now, in the time of streaming dominance, it has been unearthed and set for a straight-to-digital release.

I’m very curious to know about everything that went down with this film that caused it to be ghost for so long.

SYNOPSIS: Viena, a beautiful, young roadie, travels with the Fantomes, an edgy post-punk band, as they tour through America in the 1980s. What starts out as a wild ride of concerts and parties quickly descends into an alcohol and drug induced haze. Viena finds herself trapped in a dangerous love triangle between a good natured roadie and an unbalanced band member, as she is forced to find her own means of survival-no matter the cost.

‘Those Who Wish Me Dead’ Trailer: Angelina Jolie Fights Assassins And A Deadly Wildfire In Taylor Sheridan’s Latest