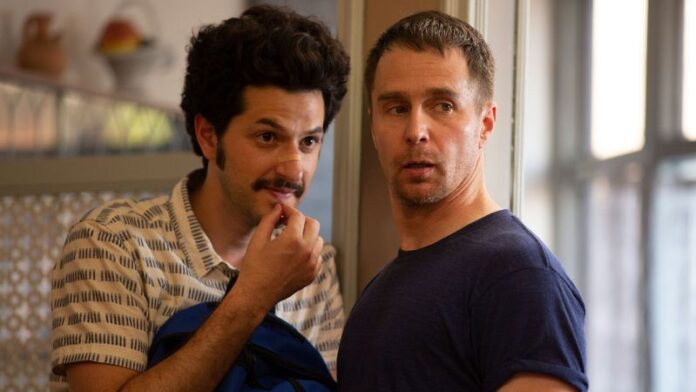 It’s the Blue Iguana reunion nobody asked for! Well, in this case the pairing of Sam Rockwell and Ben Schwartz is pretty great, regardless of how bad things went the first time. THR reports Rockwell will star in an upcoming Fox Searchlight comedy penned Schwartz, who sounds an awful lot like Sonic the Hedgehog.

There isn’t much in the way of details yet, but we know Rockwell and Schwartz will co-star together, with the latter writing the script. If you’re fans of both actors, chances are the plot doesn’t really matter. Rockwell is an Oscar-winner who continues to do great work, most recently in Jojo Rabbit, Richard Jewell, and the FX series Fosse/Verdon. Schwartz did actually just voice Sonic the Hedgehog for the recent hit movie, and was part of that Parks & Rec reunion special which just aired.

So yeah, the Blue Iguana thing. Rockwell and Schwartz starred in the 2018 crime comedy together, and it’s not good. The fault isn’t entirely theirs, and surely what they do next will be much better.