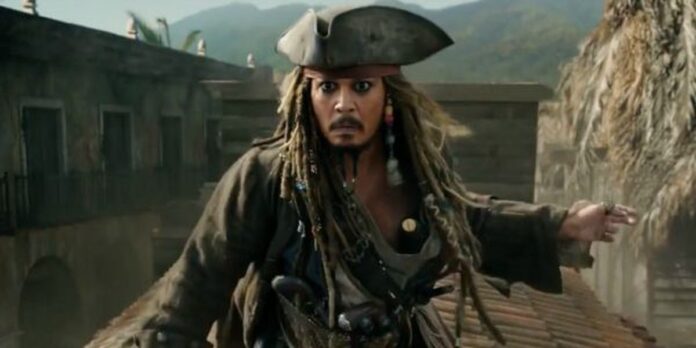 Like it or not, Disney isn’t ready to sink their Pirates of the Caribbean franchise. For a couple of years they’ve been working on a new film, an apparent reboot without star Johnny Depp as Jack Sparrow. Despite previous reports seeming to confirm Depp’s being forced to walk the plank, is that really the case?  Producer Jerry Bruckheimer would know, and right now he’s being dodgy about the situation.

Speaking with Collider, Bruckheimer gave an update on the status of Pirates of the Caribbean 6…

“We’re working on a draft right now and hopefully we’ll get it shortly and give it to Disney and hopefully they’ll like it,” Bruckheimer said. “We don’t know. We’ve been working on it for a little bit.”

Presumably, the draft he’s talking about is by Chernobyl writer Craig Mazin and Ted Elliott, the latter one of the franchise’s architects. They took over after the original writers, Deadpool‘s Rhett Reese and Paul Wernick, left shortly after landing the gig.

Okay, but what’s the deal with Depp? Is he coming back or what? Pirates of the Caribbean: Dead Men Tell No Tales was the lowest-earning since the first movie, and a big part of that was caused by Depp’s public image which is dogmeat. When asked, Bruckheimer didn’t want to say one way or the other what Depp’s status is…

“The one we’re developing right now, we’re not sure quite what Johnny’s role is going to be,” Bruckheimer said. “So, we’re going to have to see.”

Just looking at what he said it doesn’t make a lick of sense. If you’re developing it now, surely you must know whether Jack Sparrow is in the movie. You’re either planning for Depp to be there, or you’re not. So it seems as if Bruckheimer is simply trying not to piss off those on either side of the issue. We saw how Depp’s presence also hurt box office on Fantastic Beasts 2, so trumpeting that he’ll be in your movie is not a good idea.