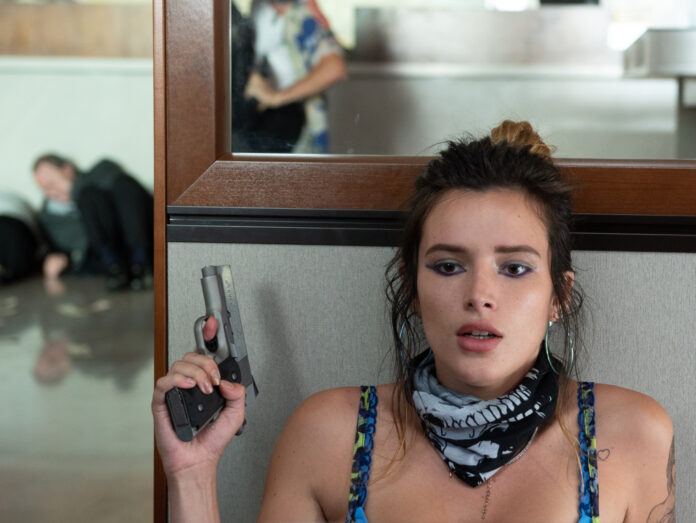 Bella Thorne as one-half of a modern-day Bonnie & Clyde? Yes, please. Infamous pairs Thorne with iZombie actor Jake Manley for a blistering road trip of criminality and hero-worship across the American south.

The thirst for fame drives Thorne’s character, Arielle, to do whatever it takes to leave her small-town roots behind. Her chance to do it finally arrives when she meets Dean (Manley), an ex-con with an abusive father. When Dean’s father is accidentally killed, they’re forced to go on the run, sustaining their trip through robbery and becoming a viral sensation along the way.

Joshua Caldwell wrote and directed the film, which looks at the lengths people will go to be someone in this world. It’s clear his use of music to set the mood will be key, which is perfect for the multi-talented Thorne.

It’ll be interesting to see how this movie is received following on the heels of Queen & Slim, as they’re two movies doing the same thing from vastly different points of view.