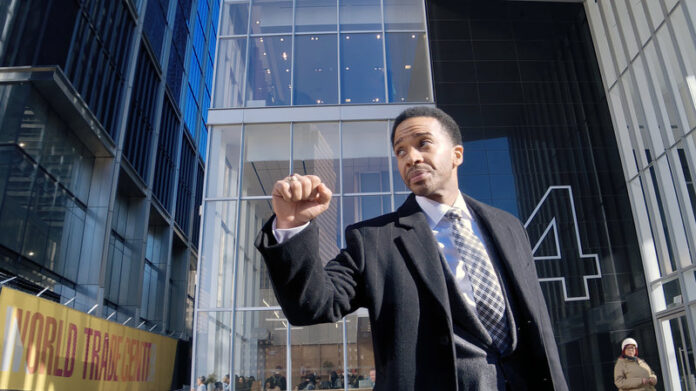 Quietly one of the best movies of 2019, Steven Soderbergh’s High Flying Bird was ignored during the awards season. Part of the reason is that it was released too early in the year, the other that it was a Netflix film and they already had too many to try and push. But there’s no doubting how good it is, maybe good enough to warrant a sequel.

High Flying Bird star Andre Holland spoke with AI.com and was asked an interesting question, which is how his sports agent character Ray Burke from the movie would handle the current pandemic? In the movie, Ray is hustling to find a way to make his clients and his company money during an NBA lockout. So not that far off from the situation we’re in right now, is it, with professional sports all on hiatus?

“In my imagination, I think Ray would, first of all, want to make sure that his clients are good, right. That everybody’s taken care of financially. Everybody’s fine, you know, families are okay and health wise. Now, once that was done, I think that he would probably be using this as an opportunity to try and further level the playing field. For me so much of what the book is about. And what we wanted the movie to be about is this balance of power, labor and management, who gets to be the one that calls the shots,” Holland said.

Holland then revealed, “And it’s funny you bring that up because the call I was on earlier and then have a thing later today to talk about this very thing. We’re working on a sequel to the film. I haven’t told anybody that… but working on that. So yeah, I think hopefully, once we get this made, we’ll be able, I’ll be able to answer that question with a 90-minute movie.”

Well, damn. Presumably, he’s spoken with Soderbergh about this, and it’s interesting because the director isn’t normally fond of sequels. He hasn’t really done any other than the Ocean’s 11 franchise.  It’s always possible Soderbergh hands the reins over to another filmmaker, but clearly, he and Holland have thought about this and have more story to tell. Color me intrigued to see where they go.