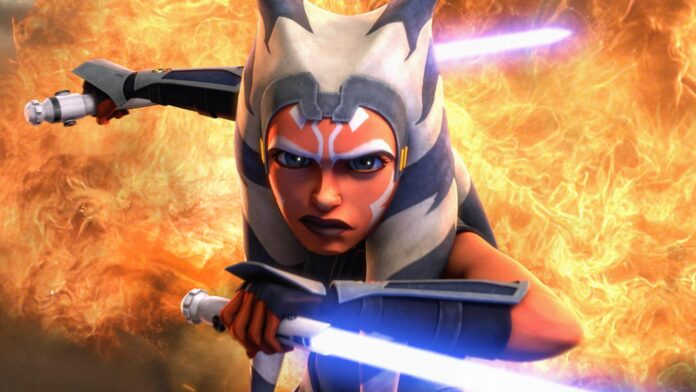 The second season of The Mandalorian is shaping up to be incredible, and that’s in no small part to the addition of Rosario Dawson as fan-favorite Ahsoka Tano. That’s assuming it gets made official, of course. Speaking with Variety, Dawson says her casting in the Star Wars series has yet to be confirmed, but she sounds optimistic…

“That’s not confirmed yet but when that happens, I will be very happy. I’m very excited for that to be confirmed at some point.”

What it reads like is that Dawson has an agreement in principle, but nothing has been inked on the dotted line. And since nothing is official with Lucasfilm until they make an announcement, she’s keeping quiet. Probably a good idea. 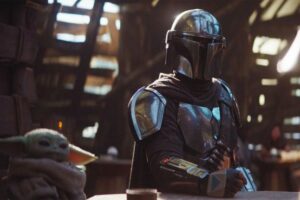 While The Mandalorian was due to arrive this fall, the outbreak of COVID-19 has thrown all schedules for a loop. So to tide over eager fans, Disney is using Star Wars Day on May 4th to launch a new docuseries, Disney Gallery: The Mandalorian.  The show will air on Disney+ and give viewers an inside look at the people who helped turn The Mandalorian into a global phenomenon.

Here’s the synopsis: In “Disney Gallery: The Mandalorian,” Executive Producer Jon Favreau invites the cast and crew to share an unprecedented look at the making of the series which quickly became a pop culture phenomenon after premiering in November. Debuting on the day that a worldwide community of fans celebrate all-things-Star Wars — Monday, May 4 — “Disney Gallery: The Mandalorian” is an eight-episode documentary series that pulls back the curtain on “The Mandalorian.” Each chapter explores a different facet of the first live-action Star Wars television show through interviews, never-before-seen footage, and roundtable conversations hosted by Jon Favreau.

New episodes of Disney Gallery: The Mandalorian will premiere each Friday after the debut on May 4th.