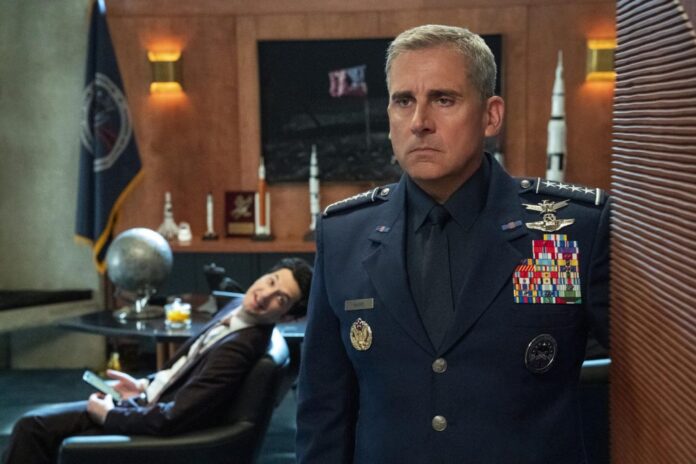 Steve Carell is back in charge of the workplace. Only instead of paper sales, he’s in the business of making America first in the space race. Space Force is the new Netflix comedy, sprung from the President’s idiotic off-the-cuff idea, that the streamer hopes will replicate the success of The Office. Considering they lose the rights to that series soon, the timing couldn’t be better.

SYNOPSIS: A decorated pilot with dreams of running the Air Force, four-star general Mark R. Naird (Steve Carell) is thrown for a loop when he finds himself tapped to lead the newly formed sixth branch of the US Armed Forces: Space Force. Skeptical but dedicated, Mark uproots his family and moves to a remote base in Colorado where he and a colorful team of scientists and “Spacemen” are tasked by the White House with getting American boots on the moon (again) in a hurry and achieving total space dominance.

Netflix launches Space Force beginning May 29th. I assume a trailer will be out shortly. We’ll update this post once that happens.