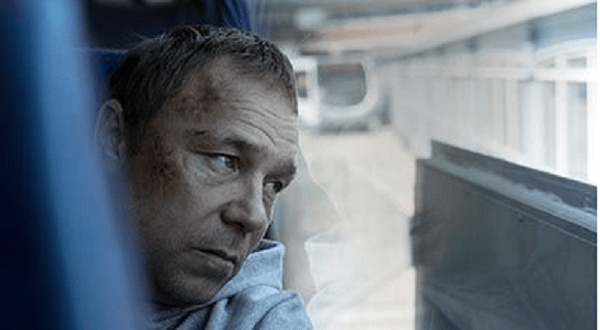 Coming into The Virtues, it’s unclear what to exactly expect. The British series which originally aired on the UK’s Channel 4 (and starts today on the recently launched Topic Streaming Service) seems to be about one issue starting off, but then zigs into… something else, something much, much, MUCH darker. And thanks to some top-notch performances by Stephen Graham (Public Enemies, Boardwalk Empire, The Irishmen, Rocketman) and Niamh Algar (Vikings), the show elevates into a story about loss, brokenness, and emotional pain. 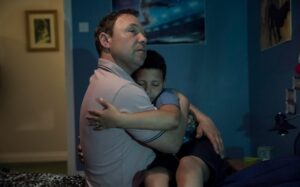 Joseph (Stephen Graham) recently finds out that his ex-wife (Juliet Ellis), their son, and her new husband (Vauxhall Jermaine) are moving from the UK to Australia in search off a better life. While Joseph tries to play it cool, the idea of having a relationship with his son via Skype proves to be something that he’s dreading. He even tells his son that going forward, he can call his mother’s new husband “dad.” While he tells his ex-wife that he’s okay, it’s clear that he’s not, and it’s further displayed that he’s not clear with it when he goes into relapse and proceeds to drink and do drugs for extended periods of time. After waking up with a body bloodied from a fight and in a pool of his own vomit, Joseph realizes he has to make a change and decides to use the last bit of his money to go his birthplace of Ireland for a fresh start. 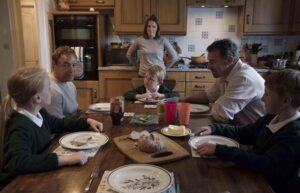 After arriving in Ireland, he reunites with his sister Anna (Helen Behan), who he has not seen since they were separated via an orphanage 30 years ago. In fact, she thought he was dead as she’s never seen him since their separation. She’s now married with children, but after an awkward reuniting between the two of them, she invites him in to live with his newly discovered family. While everything seems to be fine at first, his alcoholism kicks in, especially as his repressed and dark old memories start resurfacing about how life was while he lived in Ireland. 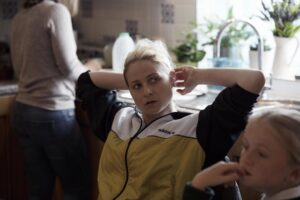 Just as damaged as Joseph, is his sister in law Dinah (Niamh Algar), who he meets as she gets into a fist-fight with her soon-to-be ex-fiancé. At first, the two are cordial, but after Joseph drunkenly comments on her “nice tits,” the two broken people have an attraction to each other. Despite his sister Anna basically forbidding them from hooking up when she catches them about to do the deed, the two simply can’t help themselves as they are kindred spirits. She has her own issues with alcoholism, and she also has a dirty secret from her past that she is trying to rectify in regards to her giving up the child she had as a teenager. The two try to keep their distance, but when left along give into their passions, but instead of ending with passionate lovemaking, it ends with a panic attack as it unearths a dark secret that has driven Joseph to come back to his home country to finally resolve. Not wanting to spoil anything, all I say is that if you like how dark the subject matter from 1996’s Sleepers was, then this will be your cup of tea. 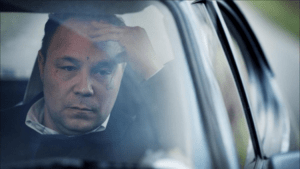 The only minor complaint is the inclusion of grainy childhood footage in the form of a home video into the movie. While it was relevant to the conclusion of the film’s plot, it wasn’t necessary for the series. The Virtues deals with an incredibly dark subject matter and the inclusion of grainy footage don’t really add as much to the overall plot as much as the actual words when the evil deeds are revealed.  That said, the acting in The Virtues is top-notch. Both Graham and Algar deliver almost pitch-perfect performances as they deal with their past traumas and yet find each other at the same time. While the first three episodes of the four-part series are between 45-55 minutes, the final episode and its explosive conclusion are worth the hour-and-a-half conclusion. It’s dark as hell and yet satisfying at the same time. The last 10 minutes a very intense and while there isn’t a clear cookie-cutter ending, it’s great storytelling when it’s all said and done.