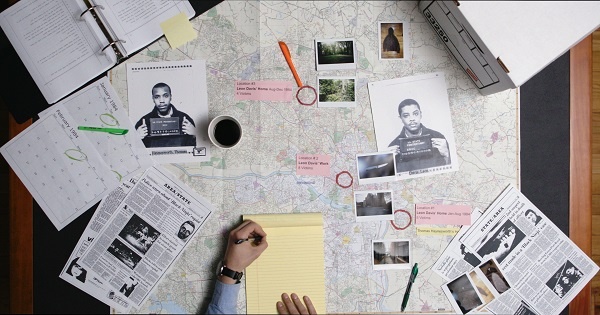 OK, now that we’re all Tiger King’d out, Netflix decided to give us another round of “true crime proper.” Now I love tiger cults-turned-murder-for hire insane and sensationalized true crime documentaries as much as the next person, but the streaming giant decided to tone it down and release a sobering look at our criminal justice system with The Innocence Files, a gripping series that profiles not only The Innocence Project and their tireless work they do, but examine issues within the criminal justice system as a whole.

Founded in 1992, The Innocence Project was founded by attorneys Peter Neufeld and Barry Scheck with the dedication of exonerating wrongfully convicted people. Through investigation, DNA testing and other science-based data, The Innocence Project has helped overturn hundreds of cases for many innocent people. As the organization’s great work has been gaining in popularity, we’ve seen them referenced in countless movies, TV shows, and even podcasts. But this time around, they get the Netflix treatment in The Innocence Files.

The Innocence Files is a nine-part documentary that explored eight cases of the wrongfully convicted and the harrowing details of their cases, indictments, wrongful convictions, and their eventual exonerations. Directed by some of the best documentary filmmakers: Liz Garbus, Alex Gibney, Roger Ross Williams, Jed Rothstein, Andy Grieve, and Sarah Dowland (MANY Oscars and Emmys between them all), The Innocence Files explored systematic problems within the criminal justice system in three distinct segments. 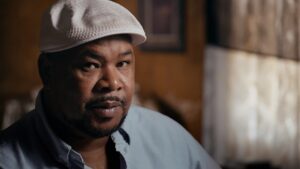 The first three episodes cover “The Evidence” as two distinct cases are explored. The first case managed to convict two separate individuals for the same crime. A child’s rape and murder convicted Levon Brooks to life imprisonment on the basis that he supposedly bit a three-year-old after assaulting and killing her based on the testimony of a (proud rebel flag having) forensic dentist of the Mississippi town he lived in that convicted Brooks based on supposed bite marks on the child that matched his teeth. After his life sentence conviction, another child murder happened in a nearby town and the powers that be arrested, tried, and convicted Kennedy Brewer, who the police said was a copycat killer, rather than admit they got the wrong guy the first time. Enter The Innocence Project, who painstakingly investigated both crimes, utilized their own dental forensic specialist as well as DNA testing to exonerate both subjects, and ultimately help them gain their freedom. The real culprit in these cases was for one, the actual person who killed those poor girls, but also, faulty forensic science as the “bite marks” were proven to be wildlife that fed on the children after they were dumped in lakes. With those two cases overturned, what other cases existed that DNA evidence could prove otherwise? The Innocence Project explored the case of Keith Harward, who was a young sailor convicted of rape based on faulty bite mark evidence who served 33 years in prison for a crime he did not commit. 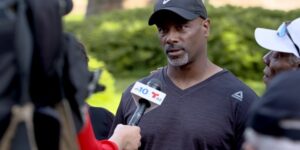 The next three episodes explored “The Witness” and examined the cases of Franky Carrillo and Thomas Haynesworth who were convicted solely based on eyewitness testimony. Franky Carrillo was supposedly a member of a local Latino gang in California that killed members of a black group presumed to also be in a rival gang. His conviction relied on the eyewitness word of six people who later recanted explaining they were swayed by the police for their testimony. Franky Carrillo was ultimately exonerated thanks to The Innocence Project. Another person caught up in poor eyewitness testimony was Thomas Haynesworth who was just walking out to the store one day and “fit the description” of a serial rapist known as “The Black Ninja” who had raped up to six white women in Virginia. One of the rape survivors swore it was him, picked him out of a lineup, and soon enough, was convicted and sentenced to 70+ years in prison. Haynesworth spent 27 years in prison before The Innocence Project looked at his case and overturned his conviction. For some reason, eyewitness testimony is a very effective tool in court, but memory can be a faulty thing. In the heat of the moment, interpretations, racial bias, and many other factors can taint witness reliability as explored. 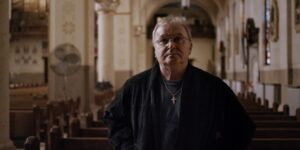 The last three episodes explore the most damning aspect of the criminal justice system: “The Prosecution.” Prosecutors are supposed to be the arbiters of justice as they right the wrongs of society. Unfortunately for Chester Hollman, Alfred Dewayne Brown, and Ken Wyniemko, that was not the case as prosecutorial misconduct caused these three innocent men to spend many years in prison for crimes they did not commit. Chester Hollman was supposedly the getaway driver for a car used in a homicide and convicted for the murder, only for The Innocence Project to find that the police and prosecutors office withheld evidence that would have proven his innocence. Alfred Dewayne Brown spent ten years on death row for the murder of a police officer, when the actual killers pinned the murder on him with the promise of no jail time. Hollman is only alive because The Innocence Project discovered crucial evidence was hidden in a police officer’s house with the prosecutor’s full knowledge, which ultimately exonerated him. Ken Wyniemko, called the “million dollar man” (because the police told him he was going to be harassed by them so much that he would need a million dollars in legal fees) was convicted of rape and sent to 60 years in prison, even though withheld DNA evidence could have exonerated him at any time, causing him to serve ten years in prison.

The Innocence Files is expertly directed and keeps you on the edge of your seat as each case is explored in detail. The only small gripe is that with different directors for each episode, the vision for the series is inconsistent. Some episodes rely on interviews, news reports, and other archival footage while others utilize reenactments which can be a little jarring as it seems there are competing visions for the series on a whole. But ultimately, it is gripping, engaging, intense, and beautiful. Each episode consistently reminds you that these crimes had two sets of victims: the people who were falsely accused and convicted, but also the people who suffered through these tragedies and The Innocence Files makes sure you don’t forget the latter. 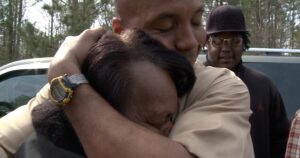 The Innocence Files is a very tough watch. Although each of these cases has a happy ending that makes your hopeful, it’s not without a cost. Each of the exonerated people lost years of their lives (sometimes half their lives) effectively stolen from them. The docuseries also explores that this doesn’t just impact the individuals, but also their families as they have to basically serve time as well. Some people didn’t get to see their children for decades, some didn’t get to bury their parents, and all sorts of other hardships that they should not have had to explore. While two of the vindicated subjects are Caucasian, you can’t help but notice the racial disparities of the cases as well on a whole. Many poor black (and white) people simply don’t have the means to defend themselves effectively against a system with vastly more resources than they do, and those resources are determined to convict them by any means necessary. It also isn’t that hopeful as many of the real “bad guys” in this story did not receive any punishment. In fact, many of them received promotions. Police and prosecutorial immunity is something that also should have some form of accountability. That said, when these men finally have their vindications, you can’t help but not almost shed a tear as they went through hell and back only to be proven right. Each of them has a strong resolve and a saint-like level of forgiveness. Thomas Haynesworth is even friends with the woman who “swore” he raped her as they now do lectures across the country about the dangers of eyewitness testimony. Each member now has either decided to make up on lost time, have dedicated their lives to ensuring that what has happened to them doesn’t happen to anyone else. Last but not least, the actual members of The Innocence Project are true warriors who work their hardest to ensure that true justice is met.

The Innocence Files is currently streaming on Netflix.