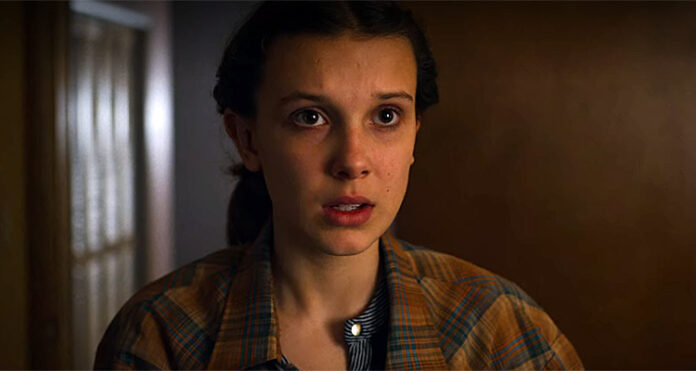 A busy week of acquisitions continues for Netflix. The latest high-profile purchase is potential franchise Enola Holmes, which stars Millie Bobby Brown as the brilliant kid sister of legendary sleuth, Sherlock Holmes. The film was originally set up at Legendary, who had plans for a theatrical release later this year. Now it will go straight to streaming, like so many family-friendly projects are right now, such as Trolls World Tour and Artemis Fowl.

Enola Holmes is based on the popular book series by Nancy Springer, and has Harry Bradbeer (Fleabag) on board to direct. The cast includes Henry Cavill as Sherlock Holmes, Helena Bonham Carter as Enola’s missing mother, and Sam Claflin as Mycroft Holmes. The script is by Jack Thorne (His Dark Materials), and the plan is to turn this into a long-running franchise.

It’s a perfect confluence of events. With theaters shut down, studios are looking for ways to get a return on investment, so they’re willing to sell-off properties that are a little bit on the bubble. Netflix is more starved for content than ever and looking to spend, as they did just days ago for the Melissa McCarthy/Paul Feig drama The Starling. That Enola Holmes stars Millie Bobby Brown, already a popular Netflix star thanks to Stranger Things, is just icing on the cake.

Production wrapped late last year so don’t be surprised to get a trailer and official release date very soon.

‘Godzilla Vs. Kong’ Trailer: The Epic Clash Of The Titans Finally Arrives In March