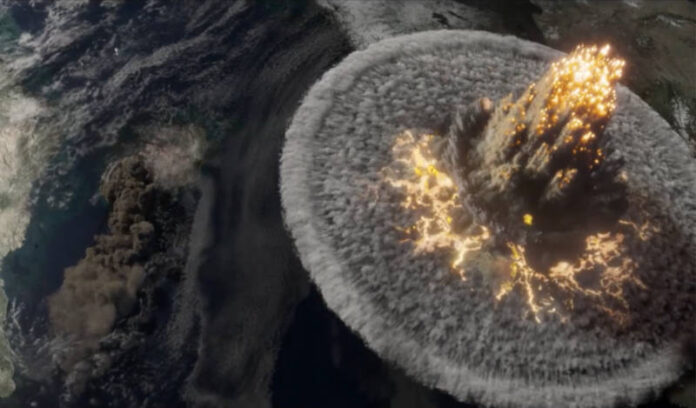 Gerard Butler is always saving the world from SOMETHING. Just two years ago it was out-of-control weather patterns or something in Geostorm. And now with the upcoming disaster flick Greenland it’s a comet that threatens a global catastrophe.

Greenland is directed Ric Roman Waugh, who co-wrote the script with Buried writer Chris Sparling. The film finds Butler as a father attempting to get his family to a safe haven in Greenland before the comet strikes. The cast includes Deadpool‘s Morena Baccarin, Daredevil‘s Scott Glenn, plus Andrew Bachelor and David Denman.

Butler is a known commodity at this point. One look at the trailer and you’ll know everything about the character he’s playing. Waugh isn’t a big name filmmaker but he’s done some really good work on Felon, Shot Caller, Snitch, and London Has Fallen, arguably the best of that Butler-led franchise.

SYNOPSIS: A family struggles to survive when a comet rages against the earth. John Garrity (Gerard Butler), his separated wife Allison (Morena Baccarin) and son Nathan embark on a perilous journey to their only hope of safety. While several cities around the world are leveled with the earth from the comet’s fragments, the family experiences the best and worst humanity can offer, while battling the growing panic and lawlessness around them. As the countdown to the global apocalypse approaches zero, their last chance is a desperate flight to a possible safe haven in Greenland.