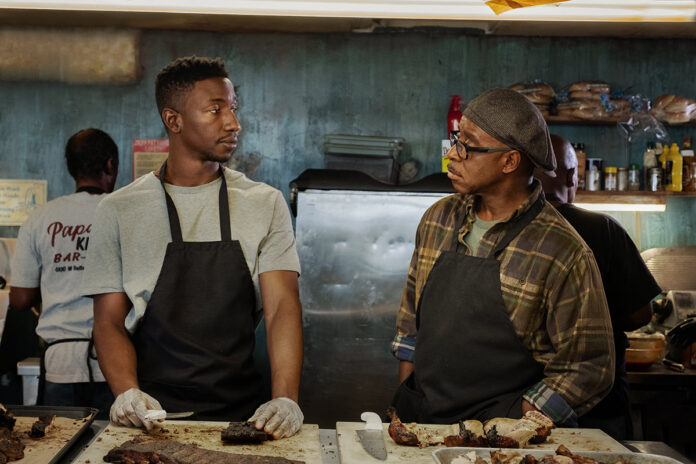 You might not recognize the name Mamoudou Athie, but you’ve undoubtedly seen his face. He emerged a couple of years ago in Netflix’s acclaimed series The Get Down playing the legendary Grandmaster Flash, and then in the breakout film Patti Cake$, once again spinning the wheels of steel. He’s since gone on to well-received supporting roles in The Front Runner, Sorry for your Loss, and he’ll soon appear in Jurassic World: Dominion. But first he returns to Netflix in a leading capacity, as an aspiring wine steward in the film Uncorked.

Uncorked finds Athie starring alonside Niecy Nash and Courtney B. Vance, in the story of a young man groomed to take over his family’s successful BBQ business. However, he has a dream of his own, to become a world-class sommelier, tasting the finest wines from across the globe.

The film is written and directed by Prentice Penny, best known for work on HBO series Insecure.

SYNOPSIS: Fueled by his love for wine, Elijah enrolls in a course to become a master sommelier, an elite designation given only to a handful who are able to pass its notoriously difficult exam. It’s a dream that upends the expectations of his father, Louis (Courtney B. Vance), who insists Elijah take over the popular Memphis barbeque joint that’s been passed down from father to son since its inception. Elijah struggles with the demands of school and a new relationship, while Louis wrestles with the feelings of his son rejecting the family business until a tragedy forces both of them to slow things down.