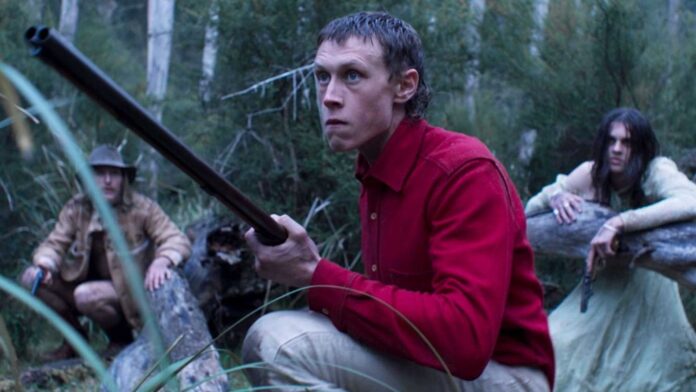 A few months ago one would’ve said True History of the Kelly Gang‘s biggest appeal was the presence of Assassin’s Creed and Macbeth director Justin Kurzel. A rising star until the video game movie derailed his career somewhat, it’ll be interesting to see how he makes a comeback. But now it’s another name that has given this Australian Western a new claim-to-fame and that’s George MacKay, who gave a riveting lead performance in 1917.

MacKay stars as the notorious outlaw and bushranger Ned Kelly, known for his brazen acts of criminality and thirst for revenge. The film sees MacKay paired up with a who’s who of Australian and English actors, including Russell Crowe, Essie Davis, Thomasin McKenzie, Charlie Hunnam, Sean Keenan, and Nicholas Hoult.

SYNOPSIS: Set amidst the grueling badlands of 19th-century Australia, legendary outlaw Ned Kelly (George MacKay, 1917, Ophelia) grows up under the bloody and uncompromising rule of the English. Food is scarce, survival is filled with daily strife, and every opportunity the colonizers take to make their victims feel powerless is inflicted with searing brutality. In a desperate attempt to prime him for rebellion, Ned Kelly’s mother (Essie Davis, The Babadook), sells him off into the hands of the notorious bushranger Harry Power (Russel Crowe, Cinderella Man, L.A. Confidential), where the young bandit discovers he comes from a line of warriors called the Sons of Sieve. Fueled by his roots and a voracious appetite for revenge, Ned Kelly leads an anarchist army to wreak havoc on their oppressors in one of the most audacious attacks the country has ever seen.

MacKay has been great in pretty much everything he’s done, but 1917 has put him on a different level that can be solidified by playing a legendary figure like Ned Kelly. True History of the Kelly Gang opens April 24th.