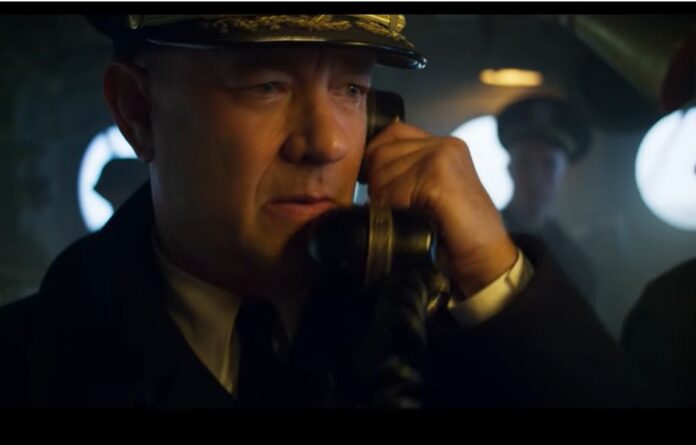 There’s nothing more terrifying then knowing there’s something you can’t see hunting you down, it’s a pretty standard horror movie trope The Invisible Man which is currently enjoying a #1 box office spot proved how effective it is. Taking that scenario out of the fantasy world of sci-fi/horror and dropping it into the real world instances of that actually happening is seriously a genius move. Hanks plays a newly installed Naval officer on his first trip to England with a ship under his command. Part of the way through the voyage they are set upon by “The Wolfpack” a notorius group of German U-boats that have been decimating ships crossing the Atlantic. MAN does this look good. I never really thought about how anxiety inducing it must have been to be on a Navy ship during WWII knowing that at any point a submarine could relocate you to the bottom of the ocean. The trailer does a great job of highlighting the tension, playing like Jaws but where German submarines play the part of the shark. The marriage of Hanks and World War II material has yet to produce a dud, and from the looks of it Greyhound will not be breaking the streak.