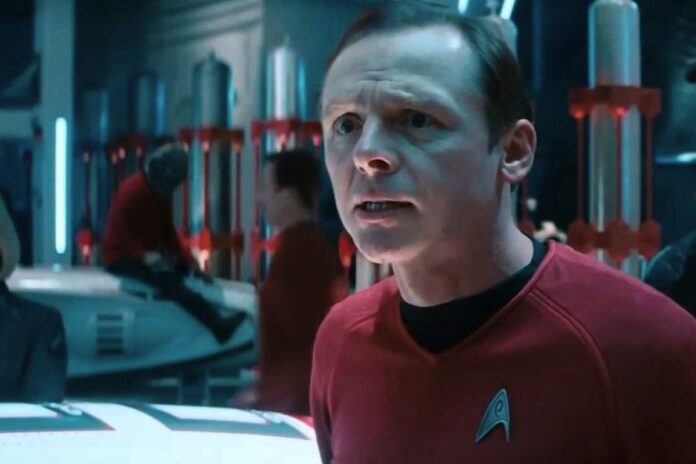 Paramount has a million ideas for new Star Trek TV shows, but their film franchise is in a state of flux. It’s been that way ever since the lackluster returns on Star Trek Beyond, which led to a flirtation with Quentin Tarantino on an R-rated movie that won’t happen. Even with Noah Hawley (Fargo) attached to a fourth movie, it’s unclear when that will roll and if the current cast will be involved.

According to Simon Pegg speaking with GamesRadar, who not only plays Scotty but co-wrote Star Trek Beyond, the franchise’s problems aren’t creative, they have to do with its place in the pop culture landscape…

“The fact is, Star Trek movies don’t make Marvel money. They make maybe $500 million at the most, and to make one now, on the scale they’ve set themselves, is $200 million. You have to make three times that to make a profit.”

“I don’t feel like the last one… They didn’t really take advantage of the 50th anniversary. The regimen at the time dropped the ball on the promo of the film. And we’ve lost momentum. I think losing Anton [Yelchin] was a huge blow to our little family, and our enthusiasm to do another one might have been affected by that. So I don’t know.”

Agreed with all of that. Paramount really botched the 50th anniversary but that’s because they were putting so much focus on TV and streaming. Pegg has been very vocal in the past about the questionable future of Star Trek on the big screen, and I think his pessimism is worth paying attention to. If Hawley’s movie does happen, and to me that’s a big if, don’t expect to see Pegg, Chris Pine, and the rest to be part of it.