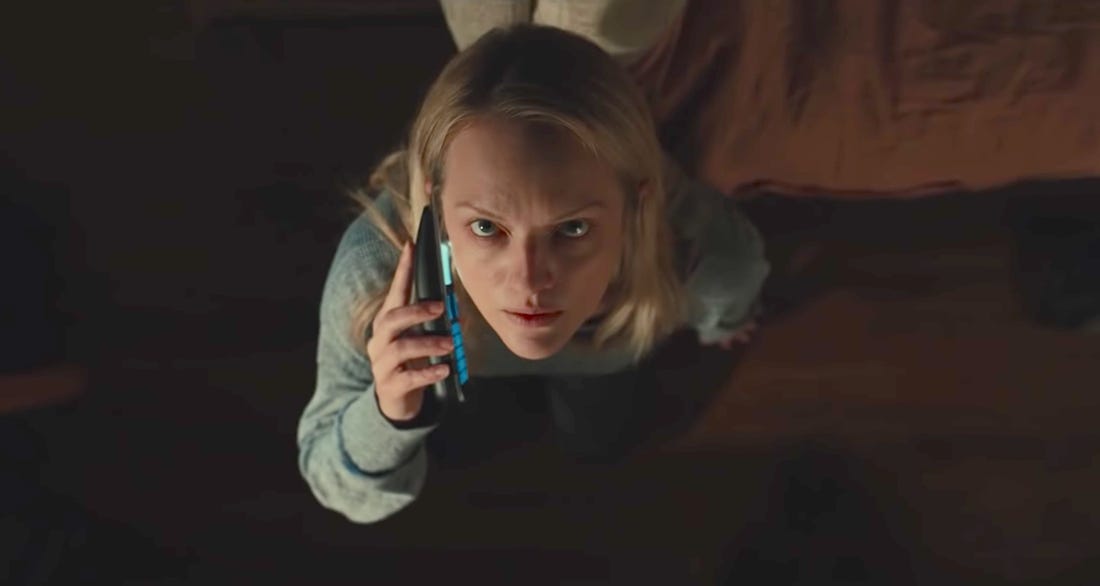 1. The Invisible Man (review)- $29M
Blumhouse and Universal’s horror reimagining The Invisible Man made itself quite seen with a $29M domestic debut, part of a $49M worldwide weekend. That should help take some of the sting of Fantasy Island‘s lousy launch just a couple of weeks ago for Blumhouse. In my review, I asked the question what Universal’s “Dark Universe” brand might’ve been if it had launched with this rather than the blockbuster dud The Mummy. Chances are we’d be looking at producer Jason Blum spearheading an entire low-budget franchise based on the classic movie monsters, and if Bride of Frankenstein ever gets going it may still happen.  This is just a hugely positive launch for the $7M film, led by Elisabeth Moss and directed by Saw and Insidious 3‘s Leigh Whannell who is becoming quite reliable on his own without pal James Wan. With a couple of weeks before A Quiet Place 2 comes stomping in to devour everything, we could see The Invisible Man end its run as a sneaky box office hit, and with a B+ Cinemascore and an ending that teases more story left to go, don’t be surprised if fans clamor for a sequel.
2. Sonic the Hedgehog– $16M/$128M
3. The Call of the Wild– $13.2M/$45.9M
In general, a $45M stateside total for Fox/Disney’s The Call of the Wild would be pretty good, as would the $79M haul after just two weeks. But when you factor in the $125M price tag this survival story is way underwater.
4. My Hero Academia: Heroes Rising (review)- $6.3M/$9M
Maybe I’m just ignorant to the popularity of Japanese manga My Hero Academia, but the success of Funimation’s Hero Rising took me by surprise. The animated action film opened in 1260 locations and earned $9M since its Wednesday launch.
5. Bad Boys for Life– $4.3M/$197M
6. Harley Quinn: Birds of Prey– $3.9M/$78.5M
7. Impractical Jokers– $2.8M/$5.9M
8. Brahms: Boy 2– $2.5M/$9.7M
8. 1917– $2.5M/$155.7M
10. Fantasy Island– $2.2M/$23.9M

Pixar dropped a sneak peek of their latest toon, Onward (review), into 470 locations and it went off like magic. The film earned $650K, setting up the Tom Holland/Chris Pratt movie for success next week when it goes wide. This one has been flying under the radar a little bit, at least for a Pixar, and the good word-of-mouth will definitely help.

In disappointing news, Wendy (review), the long-awaited Peter Pan reimagining from Beasts of the Southern Wild director Benh Zeitlin, opened with just $30K and a miserable $7.5K per site average. I had hoped the eagerness for Zeitlin’s followup would carry it through, and perhaps it will upon expansion next week, but the utter lack of star power and good buzz may be too much to overcome.