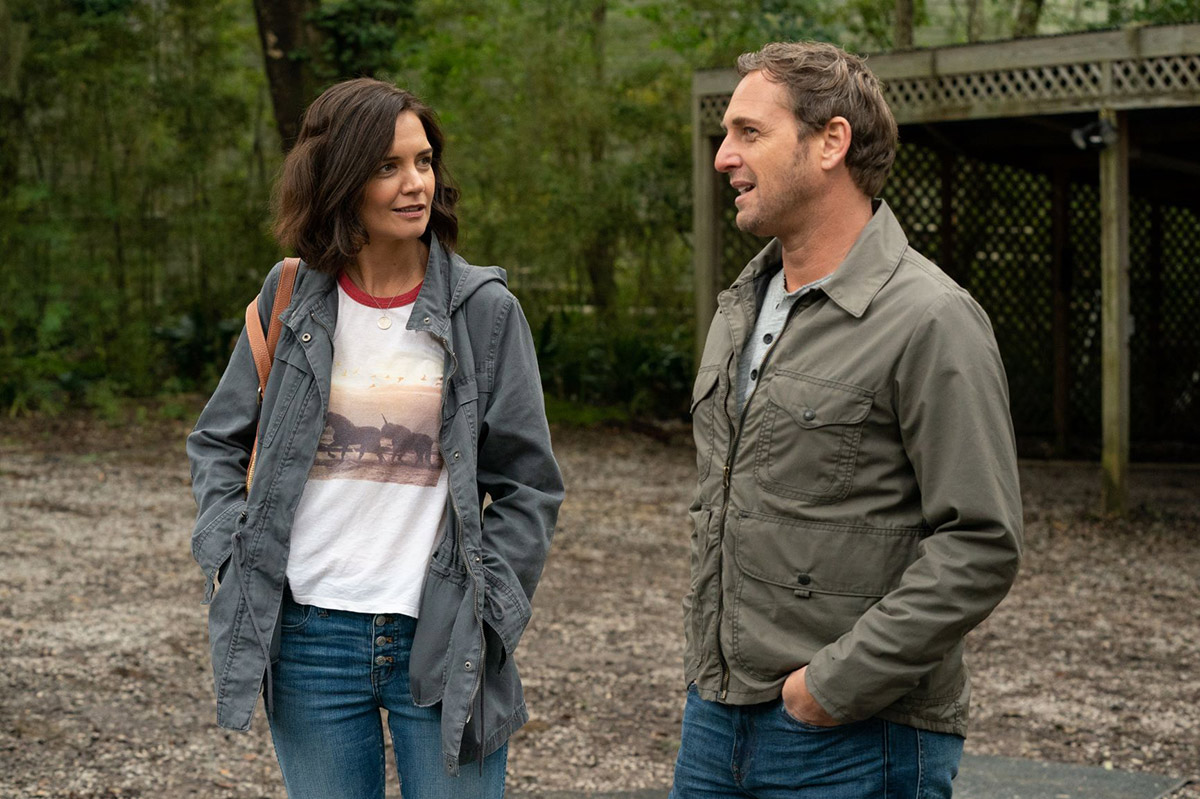 In 2006 Rhonda Byrne’s self-help book The Secret became a global phenomenon, attracting the attention and endorsement of celebrities including Oprah Winfrey, Ellen Degeneres, and many more. It was actually preceded by a wildly successful documentary that brought in $65M worldwide, which is where many were introduced to the New Thought concept that happiness can be attained by simply thinking about and believing in a goal, so as to attract it into your life. Somebody in Hollywood has been thinking a lot about a movie based on The Secret for a very long time, and it looks like all of their thought positivity worked.

The Secret: Dare to Dream is a fictional story led by Katie Holmes, in which she plays a single mother of three whose life is turned around by a mysterious man, played by Josh Lucas, who believes in powerful energy that attracts things we can’t see or feel.  The man fills the family’s spirit, but of course, he’s literally carrying around a big secret that could change everything.

The tone is exactly what you might expect. It’s a bit lighter than some of the self-serious faith-based dramas out there, and could attract just as significant an audience. Then again, I can’t shake the feeling this movie is coming years too late to miss the movement at its peak.

Behind the camera is Andy Tennant, best known for directing Hitch, Sweet Home Alabama, and The Bounty Hunter. The guy’s resume looks terrible, but he has a track record for huge box office hits, so nobody can knock him.

SYNOPSIS: Based on the 2006 best-selling book The Secret, a global phenomenon which empowered millions to lead happier and more fulfilled lives, The Secret: Dare to Dream centers around Miranda Wells (Katie Holmes), a hard-working young widow struggling to raise three children on her own. A powerful storm brings a devastating challenge and a mysterious man, Bray Johnson (Josh Lucas), into her life. In just a few short days, Bray’s presence re-ignites the family’s spirit, but he carries a secret—and that secret could change everything. The groundbreaking book by Rhonda Byrne has sold over 34 million copies worldwide, has been translated into 50 languages and appeared on the New York Times best-seller list for 190 consecutive weeks.