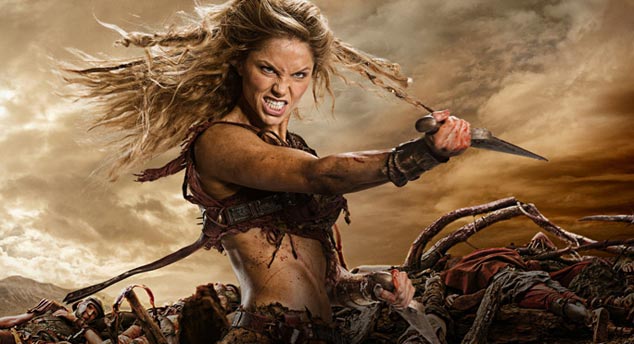 The Matrix 4 is filming right now in San Francisco, literally setting California on fire with all of the gravity-defying action and chases we’ve come to expect. In the midst of all that, there is still room to build out the cast, with Spartacus and Into the Badlands actress Ellen Hollman.

Hollman isn’t a huge name, but those who remember her as Saxa on Spartacus: Vengeance and Spartacus: War of the Damned know she’s a perfect fit for The Matrix. A trained Jiu Jitsu fighter, Hollman’s skills should be put to good use by director Lana Wachowski in the movie’s martial arts sequences.  It’s being reported that Hollman will have to trade her long, blonde locks for something short and jet-black, very similar to star Carrie-Anne Moss’ look as Trinity. Feel free to speculate on what that could mean.