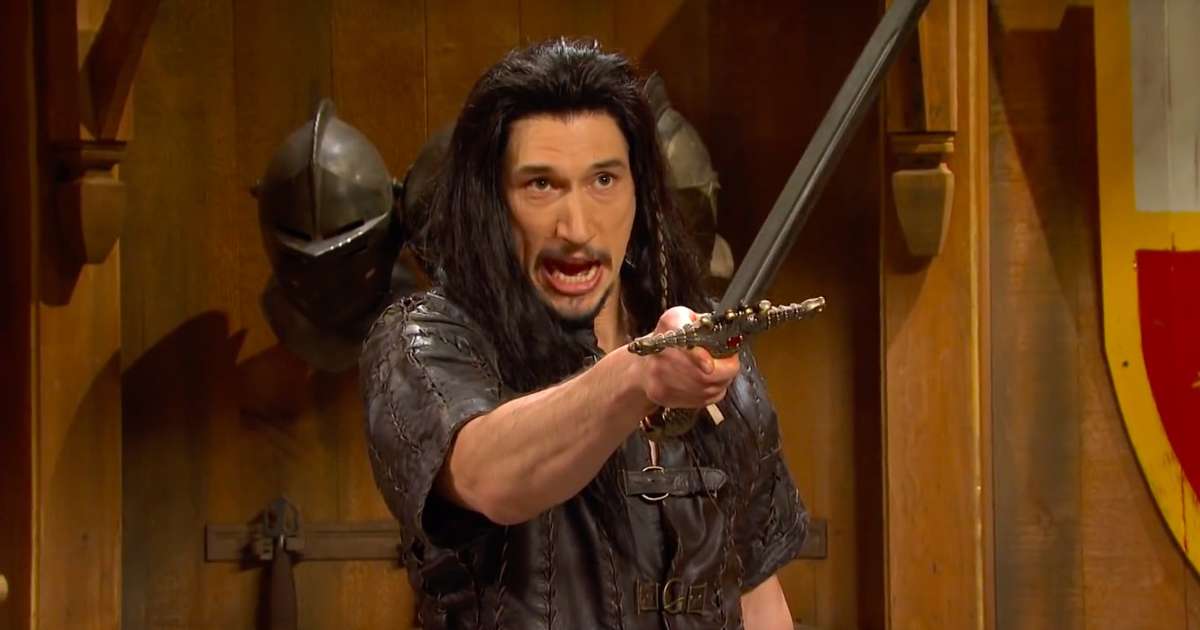 We sorta stopped posting set photos a few years ago other than in very rare, exceptional cases. They’re more hassle than they’re worth, and frankly, directors have gotten smart enough to put a bunch of fake shit out there to screw with the photo-happy fans hanging around the set. So basically it’s a judgement call if they’re worth posting, and in the case of The Last Duel I’m pulling rank because these need to be seen.

Once you see the images you’ll understand why. The Last Duel stars Ben Affleck, his 4ever pal Matt Damon, and some guy named Adam Driver. Okay, cool. Big stars, sure. But who cares, really? Well, the film takes place is set in 14th-century France and deals with knights and honor and all that jazz. So what you have are Affleck, Damon, and Driver suited up in armor and sporting ridiculous, garish hairstyles. They look like rejects from a bad SNL skit making fun of their respective careers, and it’s glorious. In the case of Driver, this is almost exactly like his SNL skit as an employee at Medieval Times.

The men of The Last Duel ? pic.twitter.com/ExzxiJ9XkU

I think Damon is going to slip by unscathed for the most part but I just want to suggest that he could end up looking like a monkey’s butt when all things are done. We have to reserve judgement until we see the final product, but based on this The Last Duel just shot up to the top of my most anticipated list, and probably not for the reasons Ridley Scott wants.