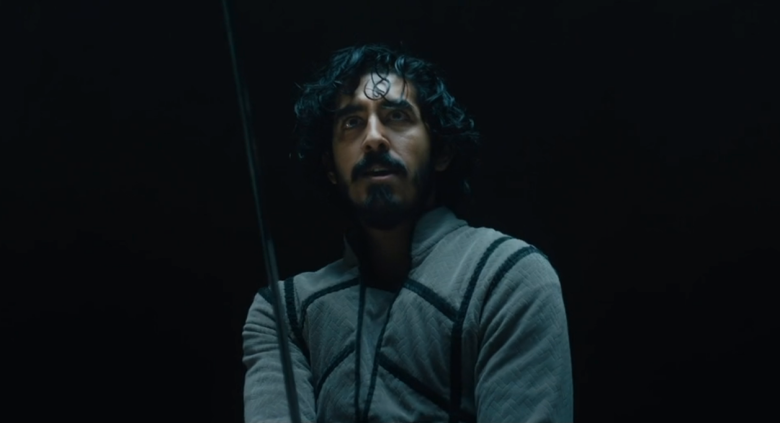 From surreal neo-Westerns to Disney remakes to haunting ghost stories and heist movies, David Lowery is a filmmaker whose unpredictable choices make him a perfect fit for A24. The indie distributor who gave us Uncut Gems, Midsommar, High Life, The Last Black Man in San Francisco, and The Lighthouse just in 2019 (!!!), have joined Lowery for his latest, an Arthurian drama The Green Knight.

And yeah, by Arthurian I mean as in King Arthur. But this is no lame attempt to turn the legend into just another blockbuster. The Green Knight stars Dev Patel and is based on the chivalric poem Sir Gaiwin and the Green Knight, in which the knight of Arthur’s Round Table goes on an epic quest to challenge the gigantic Green Knight, facing many battles along the way and testing his mettle.
The original story is fairly vague, and has Gawain decapitating a Green Knight who has made him swear to take a blow in return after a year and a day. It’s as the fateful day approaches that Gawain goes on his journey to fulfill the promise he made, even though it will likely mean his death.  How much of that Lowery is unclear, but the basic ideas of courage and honor remain.
The Green Knight opens on May 29th and co-stars Barry Keoghan, Ralph Ineson, Joel Edgerton, Alicia Vikander, Erin Kellyman, Kate Dickie, Sean Harris, and Sarita Choudhury.