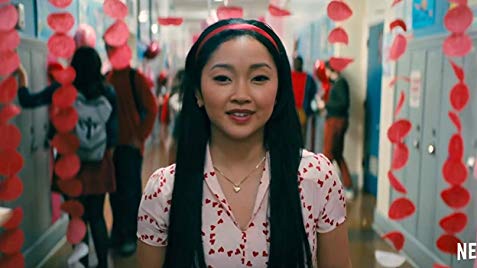 The soapy romantic entanglements for young Lara Jean Covey became a national phenomenon with 2018’s To All the Boys I’ve Loved Before, a film that helped Netflix build an entire brand around YA rom-coms and the swoon-worthy Noah Centineo. You literally couldn’t login without seeing his goofy face on some new movie, but he was just a small part of why that movie connected with so many. Every now and then you just need a film that is unabashedly happy, dopey, and romantic, in which you know everything is just going to work out nicely for everybody. For those who need to feel that way again, Netflix has you covered with To All the Boys: P.S. I Still Love You, and you won’t be disappointed.

The absolutely radiant Lara Condor returns as the romantically-inexperienced Lara Jean, whose infamous love letters are still coming back to bite her in the butt. The sequel starts off a little odd for those who saw the prior movie, which ended with one of Lara Jean’s many crushes, John Ambrose McClaren, showing up at her door with letter in hand. It was a heck of a cliffhanger given that she and high school heartthrob Peter Kavinsky (Centineo) had just become official, but that’s not where the sequel picks up. Instead, a bit of retconning, and a total recasting of the John Ambrose role, finds Lara Jean receiving the letter from him the old fashioned way. It has the expected result: it blows poor Lara Jean’s mind that John Ambrose would respond and…oh my gosh…does he like her back? Even after so many years apart? 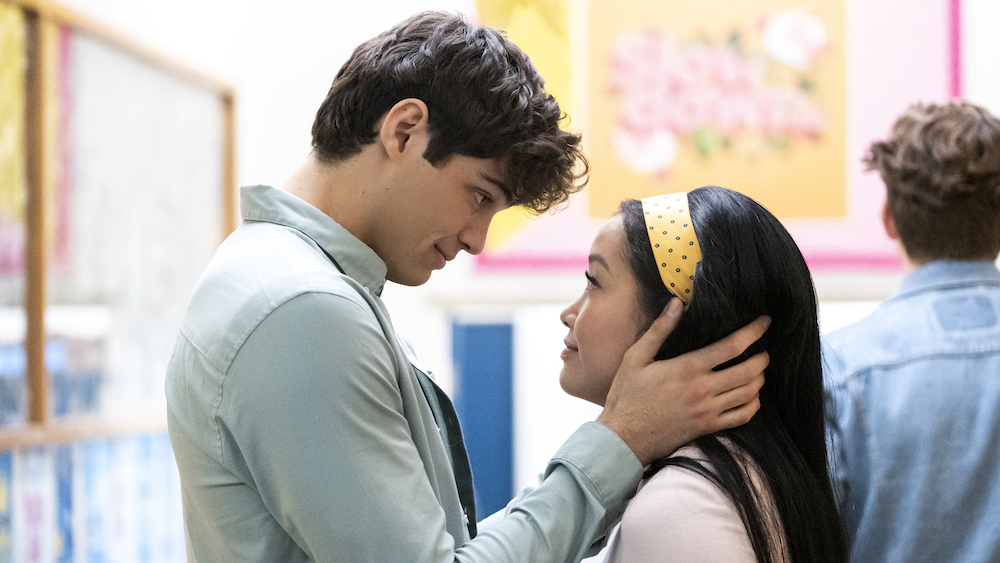 In reality, love is as much about timing as anything else, and it’s a lesson that Lara Jean has been getting smacked upside the head with repeatedly. Another thing she needs to learn? The reality rarely lives up to the fantasy. In the first movie, she was free to pretend to be Peter’s girlfriend, and dream about what it would really be like. Boyfriend Peter? He doesn’t always say the right thing, he’s late to their dates, and he’s popular in a way Lara Jean will always be a little jealous of. But the biggest problem with Peter? He’s still very close to his ex, Gen (Emilija Baranac), and Lara Jean doesn’t know how to handle that. As before, she remains stuck in the past unable to move forward.

Taking over the role of John Ambrose is Jordan Fisher, who fits with the geeky/hunky vibe these movies like for their men to radiate. A bit of contrivance finds Lara Jean and John Ambrose volunteering together at the same retirement home, where their furtive glances and jokey jabs at one another are so charming they might have you abandoning Team Peter. Fisher is a new face for me (I know he’s been around, but I’m old), and he brings a different kind of energy than Centineo, that makes us believe Lara Jean could fall for John Ambrose for totally separate reasons. Their awkwardness is mutual and natural, like old friends who know how to finish one another’s sentences. 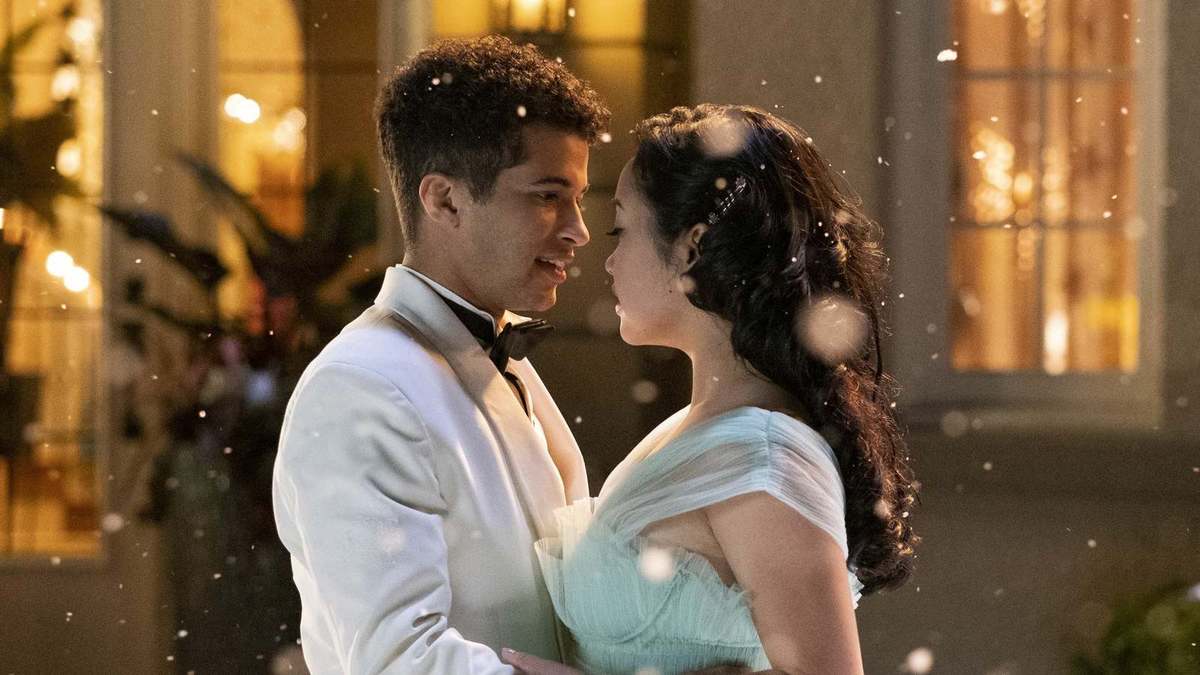 You aren’t going to find even a hint of edginess to this movie, though. That’s both a benefit and the occasional annoyance. Lara Jean’s innocence and naivete is just plain too ridiculous to believe sometimes. It was cute with the first movie, but now as her relationship with Peter has grown more complex, a bit of nuance in the adaptation of Jenny Han’s novel would’ve helped. In particular, a brief conversation about sex, and whether Peter wants to do it, makes no sense whatsoever. Here’s a tip: yes, he wants to have sex. He’s a dude. Some of the choices Lara Jean makes to keep her flirtations with John Ambrose a secret are straight out of a bad sitcom handbook, and inevitably lead to a lot of embarrassing moments and broken hearts. But this is To All the Boys, and nothing stays broken for too long.

The jewel at the heart of these movies remains Lara Condor, who is as sweet and funny as ever. She dazzles in every scene and manages to find chemistry with both Centineo and Fisher. An added bonus are the wonderfully earnest family moments she shares with John Corbett as her father, who is taking those early first steps into the dating scene; Anna Cathcart as Lara Jean’s matchmaking little sis, Kitty. 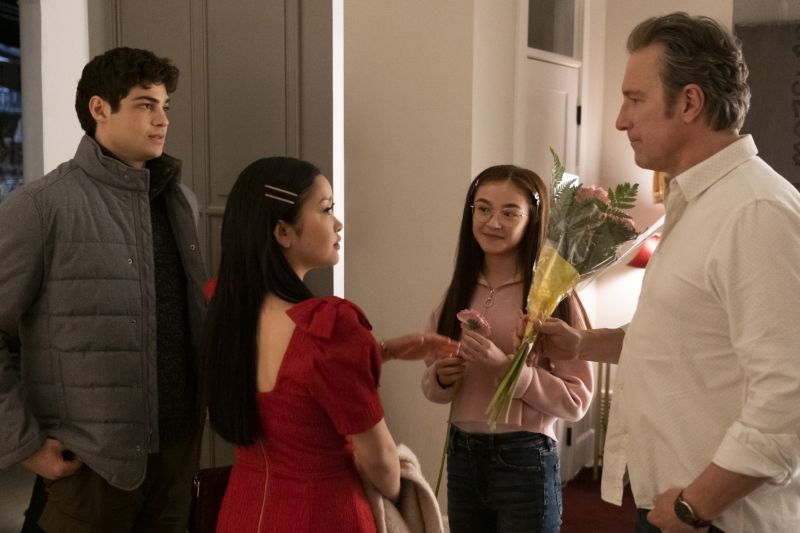 The trailblazing success of Crazy Rich Asians helped bring To All the Boys I’ve Loved Before into the spotlight, and that cultural diversity remains a strength that sets these movies apart from typical high school romantic comedies. P.S. I Still Love You is generally more of the sugary sweetness we had before, but that’s okay when what we’re getting is so good! Even better, we won’t have to wait too long to see how Lara Jean messes things up next, because sequel Always and Forever, Lara Jean is already wrapped!

‘Moonshot’ Trailer: Lana Condor And Cole Sprouse Fall In Love On A Rocket To Mars