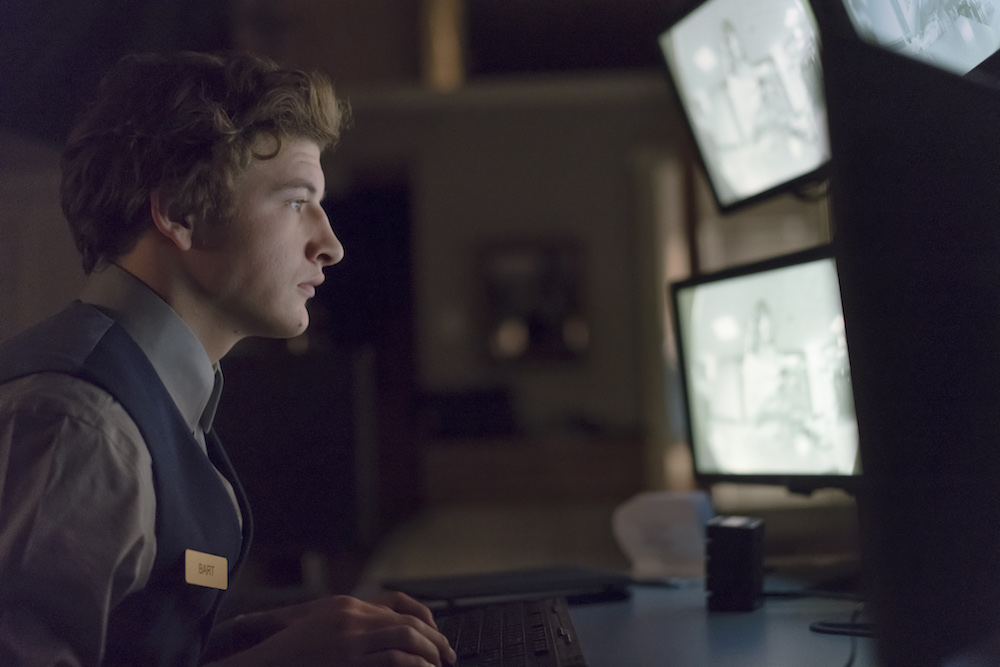 People watching. We all do it. Some couples make dates out of it. We like it when we can watch people and see what they’re doing, as long as they don’t know we’re doing it. It’s a concept that Hollywood has long been enamored with, whether it be Alfred Hitchcock’s classic Rear Window, or a more recent thriller like The Girl on the Train. In Michael Cristofer’s The Night Clerk is the latest to use voyeurism as a throughway into a fairly conventional murder mystery, only this time it’s seen through the eyes of a character afflicted with Asperger syndrome.

This is nothing against the movie’s star, Tye Sheridan, who is generally pretty good as Bart Bromley, the socially-awkward night clerk at a hotel chain, but the way Hollywood presents characters with developmental disorders is getting worse, not better. Bart is, predictably, a misfit loner who mumbles in social situations, rattles off long-winded explanations for things nobody cares about, and obsesses over the tiniest of details. He’s so uncomfortable being around people, that he uses stealth cameras to spy on people in the hotel. He even spies on his own mother (Helen Hunt) from the basement of their home, so he knows when to come up and get the dinner she leaves on the steps.  He’s like a spaceman from another planet, not an actual human. His Asperger’s is a cheap way for the audience to question his grip on reality, but at least the movie stops short of just saying he’s crazy. 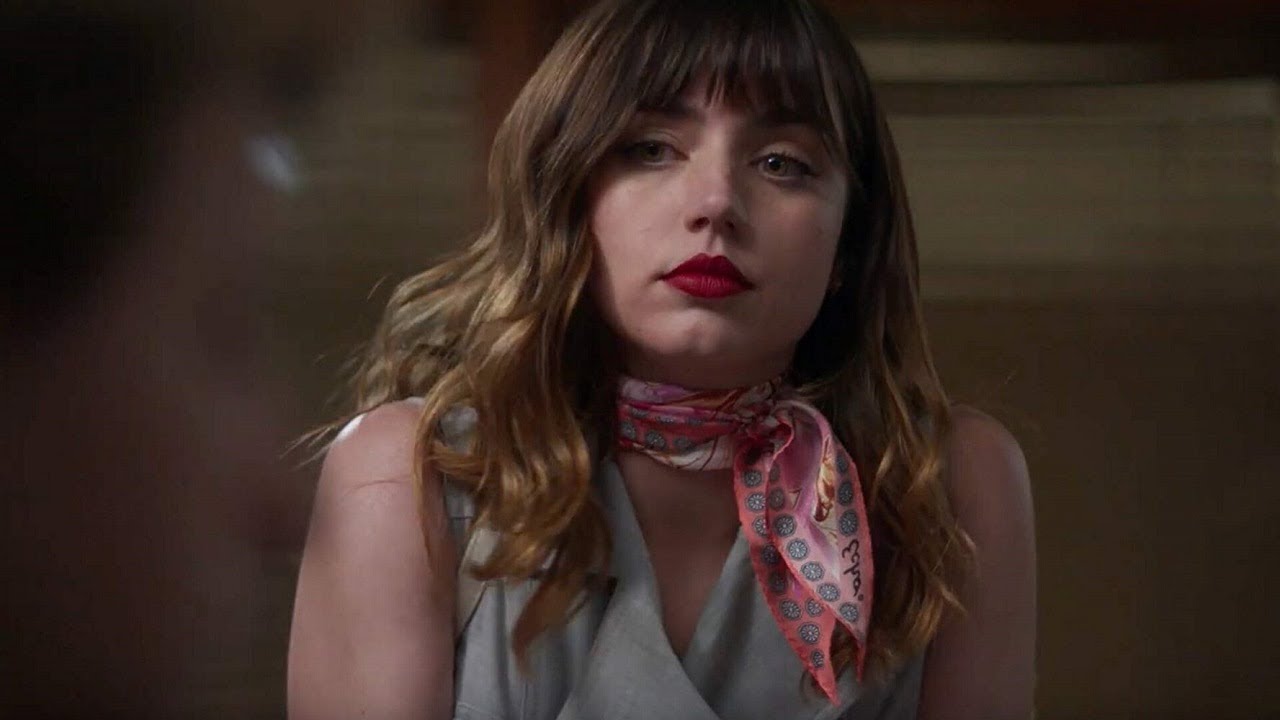 Moving at a pace equivalent to a three-toed sloth, The Night Clerk finds Bart in hot water when his cameras pick-up a hotel guest being murdered by her male lover. Bart’s arrival on the scene, during his off hours, is suspicious, and detective Johnny Espada (John Leguizamo) immediately sniffs out that something is wrong with the oddball night clerk.  He does that thing Hollywood thinks all a-holes do to shy, introverted guys like Bart, and starts asking him a bunch of really pointed questions about sex. Bart gets nervous, which makes him look like a suspect, and Espada won’t let it go.

Shuffled off to another hotel to avoid embarrassment, Bart meets the beautiful, mysterious Andrea (Knives Out‘s Ana de Armas). She recognizes in Bart the same loneliness she grapples with every day, and the two become, if not friends, at least a comfort from a harsh world. The question that Bart may not have the faculties to ask is why the world would be as cruel to someone like her as it is to him? What secrets is she hiding?

That question is put on the backburner, as so much of the movie’s murder plot is for the duration of The Night Clerk‘s 90-minute runtime. Overall, the focus on the connection between Bart and Andrea is the right move for Cristofer to take, but in execution it just goes nowhere and does it very slowly. In his first directing gig in nearly two decades, his last being the 2001 Angelina Jolie dud Original Sin, Cristofer delivers a pretty, polished drama with an unfocused, meandering plot. He seems to have no idea how the murder investigation should develop, which relegates Leguizamo to the sidelines until he’s needed again much later. Cristofer’s script uses Bart’s condition for a few moments of ill-advised humor. In a weird stretch that was clearly designed to punch up the movie’s ponderous tone, Bart goes on a run of insulting people he just met, like telling the car salesman that he’s fat, or the clothier that he would never buy clothes from someone so old. He can’t prevent himself from telling people things they don’t want to hear. It’s just such an odd thing to include because it has no bearing on the plot, and doesn’t seem to be a problem for him at any other time in the movie.

The Night Clerk may have worked out better if there were no murder mystery to contend with, because the relationship between Bart and Andrea has some interesting layers to it. She’s a difficult character to pin down, almost a classic femme fatale in that sense. De Armas has this disarming way about her, making it difficult to tell if Andrea is looking out for herself, or if her feelings towards Bart are true. While Bart is too inexperienced to recognize just how complicated Andrea really is, he’s drawn to the fact she doesn’t judge him, and treats him like a normal person. He still has the stock answers he drops robotically into conversations, but with her some of that goes away. There’s surprising chemistry between Sheridan and de Armas, which could’ve been explored fully if the needs of a dull thriller subplot didn’t interfere.