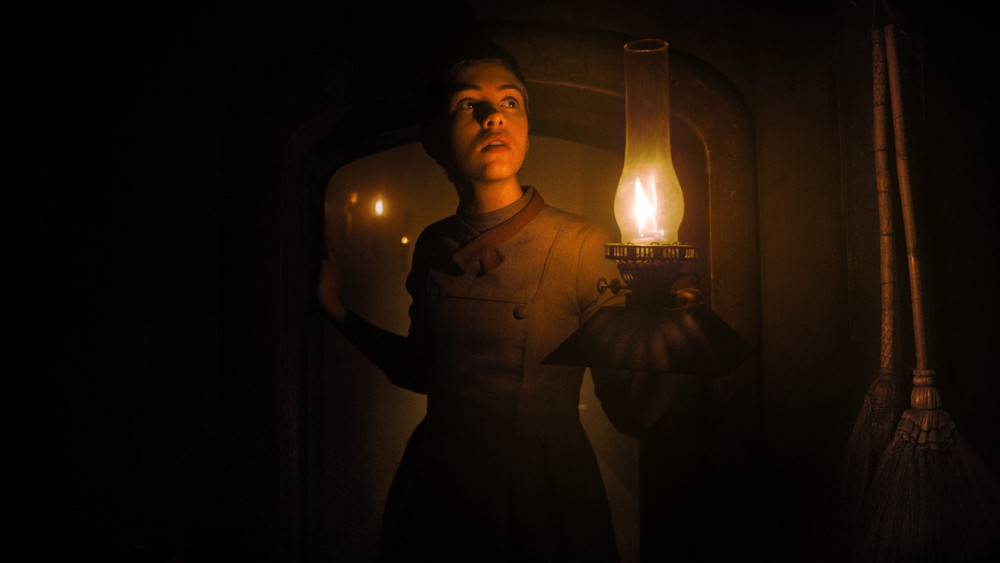 The power that comes from a young girl’s transition into womanhood has long sent chills up the spines of men, and been the basis of many a horror film by male directors. Into that specific sub-genre comes Oz Perkins’ Gretel & Hansel, which as the title suggests puts an emphasis on the sister, played by It and Sharp Objects star Sophia Lillis. It doesn’t take long to figure out why the Brothers Grimm tale has been flipped in such a way. Femininity, seen as both a curse and a gift, is the driving force in a film rich with symbolism and foreboding atmosphere, but not much in the way of urgency.

In this version of the story, Gretel is 16-year-old and on the cusp of becoming a woman; her brother Hansel (Sam Leakey) is an annoyingly precocious 8-year-old, always starving for food and attention. Their mother has effectively thrown them out of the house due to her own hardships, and navigating the world as a beautiful female proves dangerous for Gretel. They need work and food, but when Gretel is asked by a disgusting landowner about a job as a servant girl, his reply is to question whether she’s maintained her “maidenhead” or virginity. Clearly, this guy doesn’t need a servant to tidy up around the house. Hansel doesn’t understand when his sister comes out jobless, all he knows is he wants cake and that dirty old man might’ve had some.

We aren’t the only ones who perceive Hansel to be a deadweight on Gretel’s back. Approaching a strangely polygonal home that smells of a buffet dinner, Hansel and Gretel are invited inside by the Witch (played by the Borg Queen herself, Alice Krige), a nefarious smile always on her face, a stern lesson about power always a moment away, and a table full of food always at the ready. She takes a keen interest in Gretel, recognizing in her a deep well of eldritch energy linked to her own origin. The Witch wants Gretel to embrace it and everything that comes with it. And to do that…well, Hansel might need to get stuffed into a meat pie or something. The boy’s gotta go. 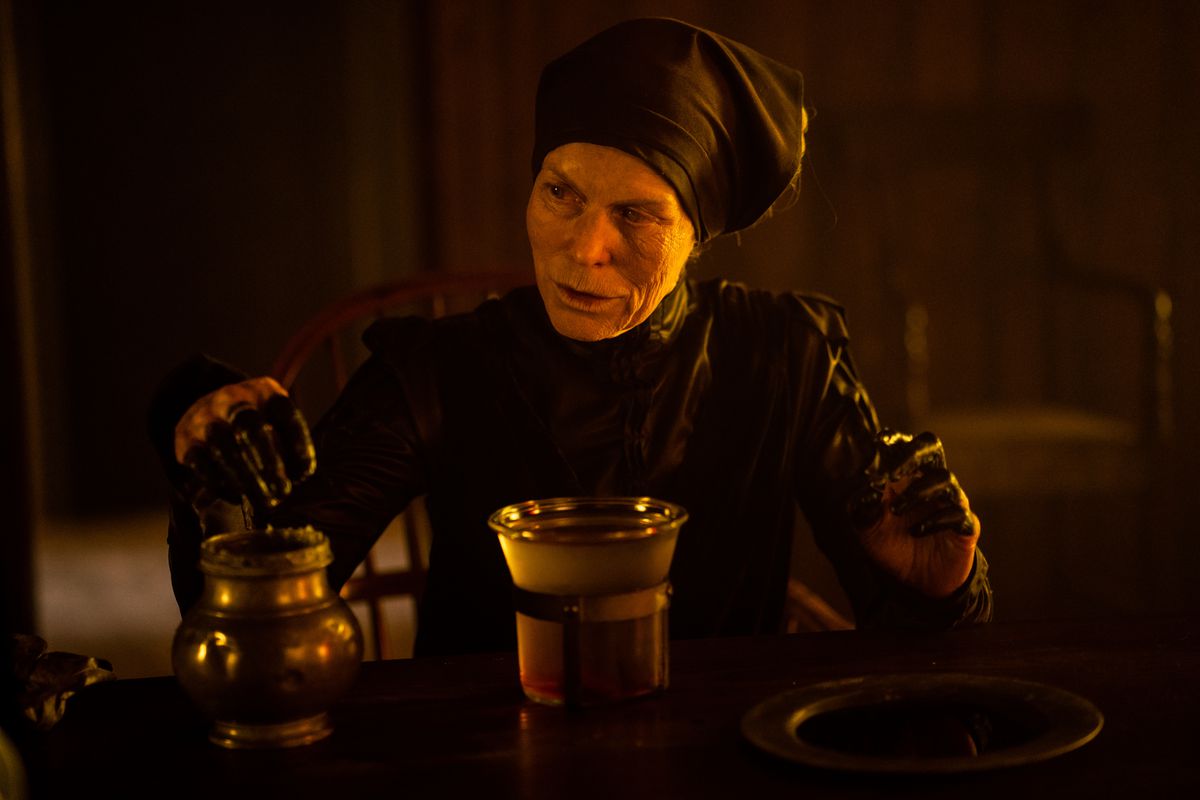 So forget the gingerbread and gumdrop houses; Gretel & Hansel is draped in shadow and rich in dark mythology, working in concert with a murky Gothic style that has become popular since Robert Eggers’ The Witch. And like that film, its plodding pace and heaviness are less likely to appeal to casual audiences who are expecting more scares and a pushing beyond the PG-13 envelope. Other than a grisly smorgasbord of human entrails splayed out as the evening’s supper the movie is slight on genuine chills. The film’s strengths are in its evocative style blending the past and present, aided by a bold synth score by Robert Coudet, not to mention the simmering performance by Lillis, and Krige’s continuing ability to scare the pants off of us with a single look. Krige is terrific here, as the Witch can barely contain her ignoble motives behind every seeming act of charity. At only 87 minutes, Gretel & Hansel doesn’t dig into its womanly themes for too long, but the investment will be worth it for those eager for an occult spin on the empowerment narrative.