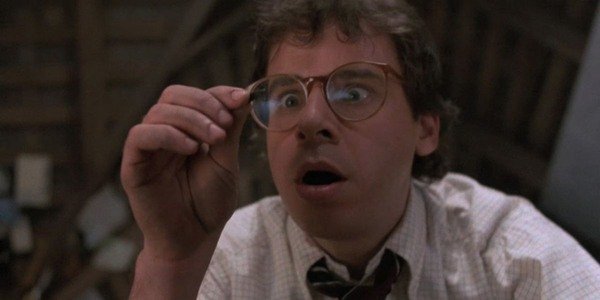 Ok, so Return of the King may be a bit dramatic, but when it comes to Hollywood good guys you’d be hard pressed to find someone that sticks out the way Moranis does. It’s pretty much common knowledge now that Moranis stepped away from Hollywood to raise his children after the death of his wife. Funny how something as simple as devoting yourself to your children is seen as such a noble act but let’s be honest…would all of you let go of the dream you achieved or would you just hire a team of nannies and hope for the best? I can’t say I wouldn’t go for the latter even if it was with the best of intentions.

There have been rumblings of Moranis returning to the screen for years now, which have been spiking as of late with Ghostbusters making another go of it and more recently with a film spinning off from one of the actors most well-known roles Wayne Szalinski from Honey, I Shrunk The Kids. Almost surprisingly, thanks to Deadline we finally got confirmation that Moranis has officially signed to be a part of the upcoming film officially titled Shrunk. . The script(s) must be on-point as well because they are laying out an all-star group further cementing the legitimacy of working with everyone’s favorite mouse, regardless of the age of the property. Josh Gad, for starters, will be starring as Nick Szalinski, Wayne’s son from the original film. Original director Joe Johnston (The Rocketeer, Captain America: The First Avenger) will be back behind the lens with Todd Rosenberg penning the screenplay.

We’ll keep you in the loop as more info comes available but for now let’s all just be happy to have everyone’s favorite underdog back on the big screen!