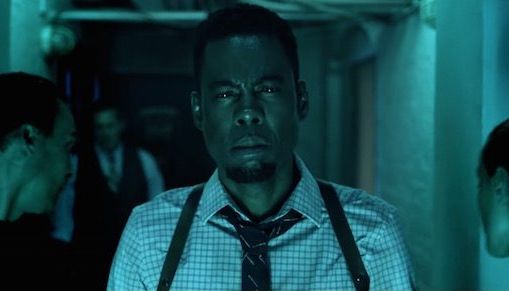 I really need to read into the story of how Chris Rock got involved in the Saw franchise, for someone like Rock who has stuck mainly to comedy with a few semi-dramas thrown in here and there, it certainly seemed like an odd pairing. I’d be lying if I didn’t say I had some concerns over the tone remaining in the right place (not that the quality of the franchise hadn’t dropped significantly since it’s heyday). Well, we just got our first look at the film in the form of a quick 1:30 teaser and it certainly looks like all of the pieces are in the right place. Add to that the possibility for some social commentary, the killer is targeting cops, which could add enough weight to the story to take it out of the throw-away Friday night horror category, and you could have something special here. Plus we get a quick F-bomb from that master, Samuel L. Jackson.

Spiral: from the Book of Saw is directed by horror vet Darren Lynn Bousman, based on a story developed by Rock, who obviously takes the lead role. He’s joined by Jackson, Max Minghella, and Marisol Nichols, with the film hitting theaters on May 15th.