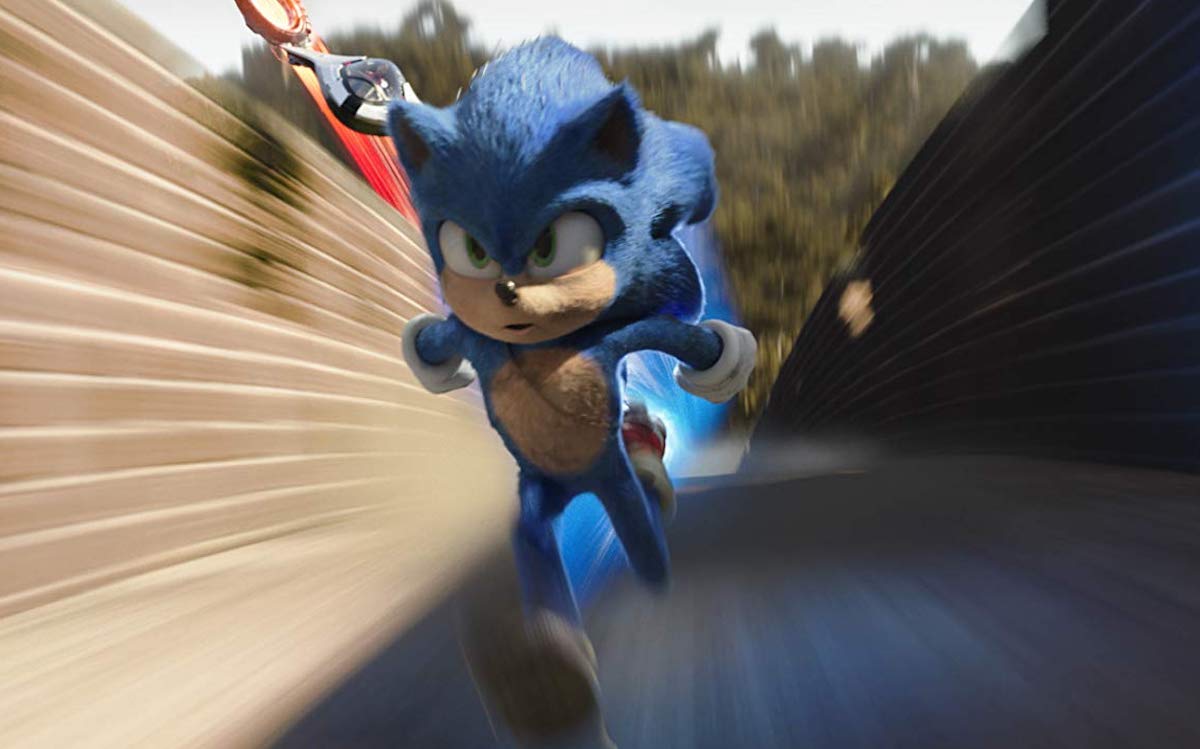 1. Sonic the Hedgehog (review)- $57M
Sonic the Hedgehog zoomed past Detective Pikachu ($54M) to have the highest-grossing opening weekend ever for a video game movie.The film based on the Sega mascot opened with $57M Fri-Sun, with an estimated $68M lasting through the Monday holiday. This is huge for Paramount and the folks at Blur Studios who delayed the film a few months following Internet uproar over Sonic’s initial designs, which nobody liked. It seems to have worked out for the better. The film features Ben Schwartz as the voice of Sonic, with Jim Carrey’s mad performance as Dr. Robotnik a true highlight and, I believe, a big reason people are turning out in droves.
2. Harley Quinn: Birds of Prey– $17.1M/$59.2M
The Birds of Prey haven’t soared quite as high as Warner Bros. hoped, but the movie is still shaping up to be a modest hit. Margot Robbie-led Suicide Squad spinoff fell 48% for $17.1M, reaching $59M domestic. That’s not great, but hardly a disaster for the estimated $100M movie, especially since it has done very well overseas and has $145M worldwide. WB has been tweaking their marketing plan to fix where they went wrong, and I think it’s too early to say what effect that’ll have. The well-reviewed movie could stick around for a while now that it’s survived Sonic‘s opening weekend blitz.
3. Fantasy Island– $12.4M
Blumhouse’s Fantasy Island opened with $12M, which is on the low end for the horror studio. It’s based on the iconic TV series in which guests arrive at a mysterious island to have their fantasies fulfilled, only this is Blumhouse and everything turns into a nightmare.  A really fun idea that, as I can attest having endured it yesterday, really doesn’t amount to much at all It’s pretty damn terrible, as the C- Cinemascore confirms. Nobody’s hurt over this one, though, not with an estimated $7M and probably a healthy post-theatrical run on Bluray and digital.
4. The Photograph (review)- $12.2M
The romantic offering for Valentine’s Day was The Photograph, which stars Lakeith Stanfield and Issa Rae as a New York couple who fall in love while researching her deceased mother. I expected more considering the cast, the timing, and the strength of producer Will Packer’s brand. Reviews have been solid if unremarkable, but I feel like this was its moment and it’ll be downhill from here.
5. Bad Bads for Life– $11.3M/$181.3M
6. 1917– $8M/$144.4M
7. Jumanji: The Next Level– $5.7M/$305.7M
8. Parasite– $5.5M/$43.1M
The Oscars boost is real, and in the case of Parasite it’s record-breaking. The historic Best Picture winner jumped 234% and expanded to 2001 theaters in the 19th-week of release, earning $5.5M. That’s the biggest post-Oscars jumps ever for a Best Picture winner since Gladiator in 2000.
9. Dolittle– $5M/$70.5M
10. Downhill (review)- $4.6M
The days of Will Ferrell fronting comedy blockbusters are long over, but a $4.6M debut for Downhill is still pretty surprising. The American remake of 2014 Swedish hit Force Majeure follows a married couple dealing with the aftermath of the husband’s cowardly retreat from an apparent avalanche. The film, which co-stars Julia Louis-Dreyfus and is written/directed by Nat Faxon and Jim Rash, premiered at Sundance weeks ago where the reviews were modestly positive. That hasn’t carried over, however, with a “D” Cinemascore pretty much guaranteeing a short stay in theaters.