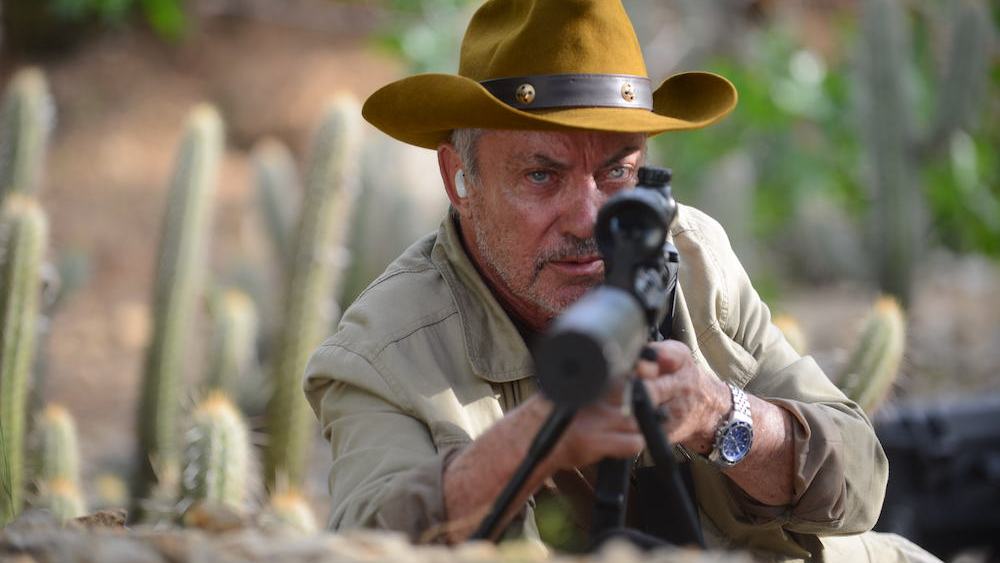 I don’t know much about Bacurau, but here’s one thing I absolutely do know; the buzz I’ve been hearing about it ever since Cannes only compares to one thing. That would be the clamor surrounding The Raid from those who had experienced it early. I’m not saying the two movies are the same, but there’s a certain violent, genre-defying style they share that audiences are finding undeniable.

Behind the camera is  Kleber Mendonça Filho, whose previous acclaimed films Aquarius and Neighboring Sounds would not have you expecting this from him.

SYNOPSIS: A few years from now… Bacurau, a small village in the Brazilian sertão, mourns the loss of its matriarch, Carmelita, who lived to be 94. Days later, its inhabitants notice that their village has literally vanished from most maps and a UFO-shaped drone starts flying overhead. There are forces that want to expel them from their homes, and soon, in a genre-bending twist, a band of armed mercenaries arrive in town picking off the inhabitants one by one. A fierce confrontation takes place when the townspeople turn the tables on the villainous outsiders, banding together by any means necessary to protect and maintain their remote community.