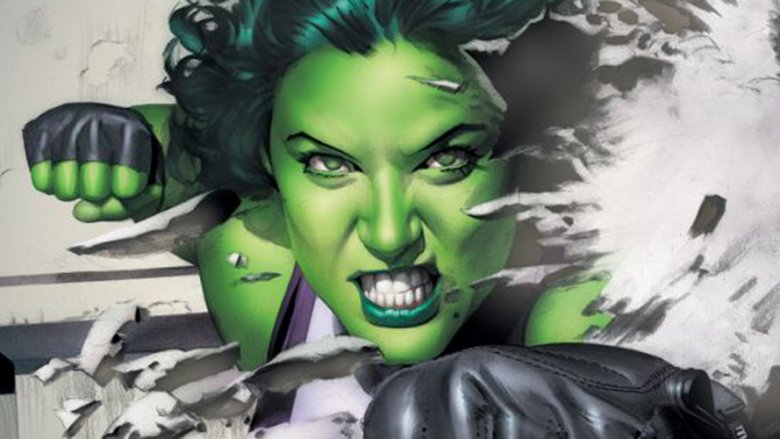 Rumors are something that must be wade through like a thick bog every single day, but that goes double or even triple whenever Marvel has a new project in the works.  Most of those stories turn out to be crap, and you just gotta pick what sounds real and roll with it. One rumor that gained traction recently had Alison Brie being eyed for the role of She-Hulk in Marvel’s Disney+ series, but according to the actress herself, there’s nothing to it.

Brie was confronted with the She-Hulk rumors by James Corden, and while she finds the role “interesting”, she blames the whole thing on social media…

“I woke up with a bunch of Instagram posts of side-by-side pictures of me and She-Hulk, which I just thought, ‘Cool.’ And then the quote about the ‘Alison Brie-type,’ which honestly I found very exciting because for years I auditioned for the ‘Anne Hathaway-type’ or the ‘Zooey Deschanel-type.’ I was very flattered to be my own type.”

Over the course of Corden’s joking and Brie’s laughing denials, the host pretty much says he’s now more convinced than ever that she is playing She-Hulk. While I wouldn’t go that far, she doesn’t exactly mount a strong defense. If Marvel had signed her, Brie would be on there denying it, anyway. But based on the fan response I have a feeling Marvel may be giving her a call, if they haven’t already.