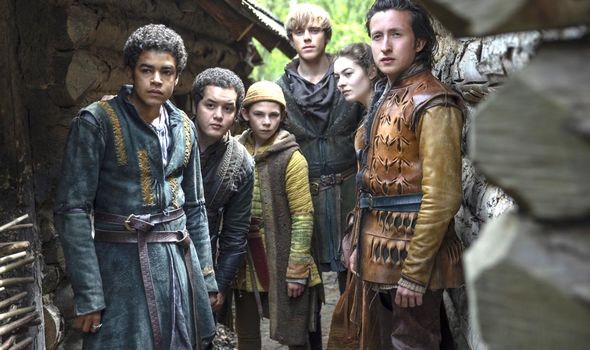 A young soldier must take a message that can save the lives of hundreds, maybe thousands, to a military commander far away through dangerous terrain. Nope, I’m not talking about 1917 I’m talking about Netflix’s new six-part adventure series The Letter for the King which is, of course, based off of a YA novel. The cynic in me wanted to to start his by making some crappy joke, like calling it 1517 or something like that but then I realized the glory of what Netflix is doing for us with films like this. The Letter for the King is EXACTLY the type of movie that wouldn’t get made if major studios still controlled all of production. A mid-range budget series about kids on an adventure, the stuff that Amblin is made of, and we almost totally lost it! This, my friends, is the beauty of Netflix producing so many films and short series.

Grandeur aside, the movie looks like a ton of fun, armor, horses, swords, a somewhat diverse cast of underdog kids, and the allusion to some sort of magic. Andy Serkis, who appears to be coming up as one of Netflix’s go-to guys shows up as the one recognizable face, but here’s the other beauty of Netflix properties, we’ve come to expect them as no-name ensembles that almost always produce a stand out!