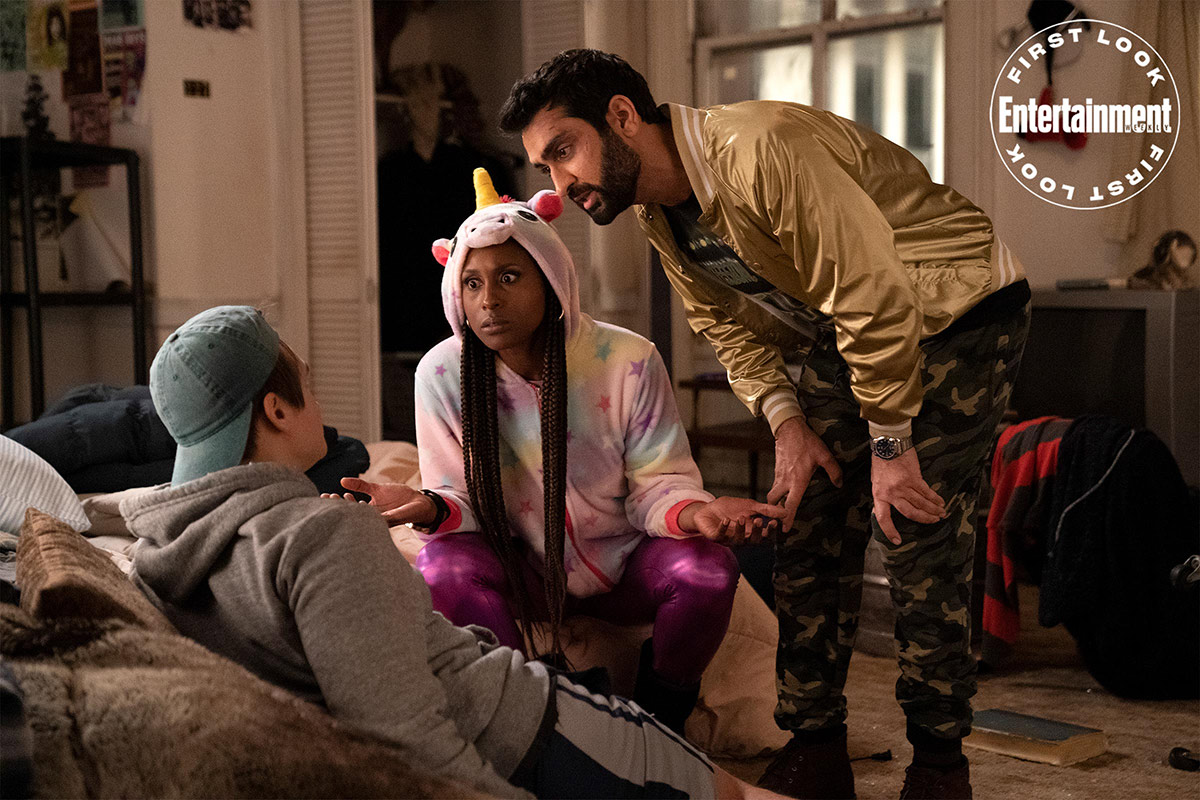 Kumail Nanjiani has always been a funny guy, but it was sleeper hit The Big Sick that helped make him a household name. The success of that relationship comedy is probably a big part of the reason Nanjiani is reteaming with its director Michael Showalter for The Lovebirds, which has a hilarious debut image.

The titular lovebirds, in this case, are Nanjiani and Insecure star Issa Rae, pretty much promising this is going to be great no matter what it’s about. Details have actually been pretty scarce, but it seems the romantic duo get themselves in the middle of a murder mystery, while at the same time trying to see if their relationship can survive the night. And as you can see just be the ridiculous clothes they’re wearing, shit gets pretty wild…

“Initially they were written for white people which, plot-wise, would have been a different story,” said Rae to EW. “It’s not a story about race but we wanted to acknowledge our race and the fact that we’re an interracial couple.”


“Due to — spoilers — we end up having to get new clothes at a CVS-type store,” said Nanjiani. “Since we’re in such dire straits, we don’t put much thought into what clothes to buy. So…that’s how you end up looking if you randomly pick clothes up at a CVS.”


Hopefully, this means a trailer is on the way. Showalter, whose comedic background includes classic Wet Hot American Summer, has been on a hot streak. Along with The Big Sick he directed Sally Field in My Name is Doris, and the underrated Two Night Stand.