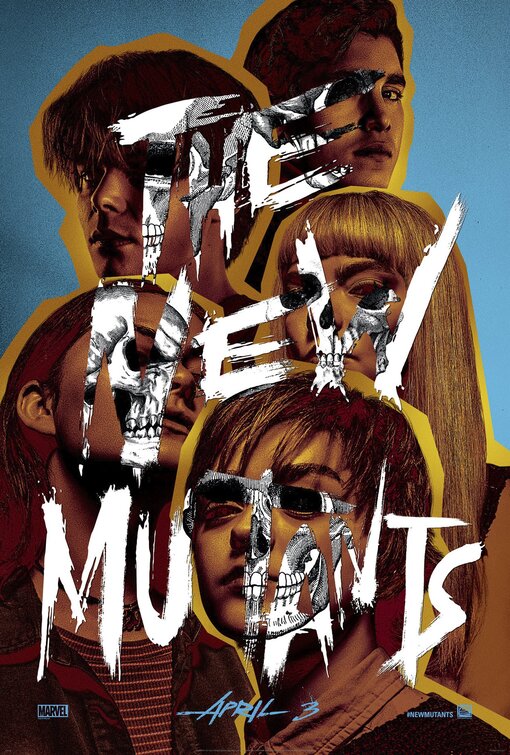 One of the most anticipated movies coming out this year is definitely the latest installment in the beloved series of ‘X-Men’ films, ‘The New Mutants‘. The film was originally scheduled to be released all the way back on April 13, 2018. During the beginning of the year, it was announced that the film would ultimately be pushed back to February 22, 2019 in order to avoid being released close to Deadpool 2, another ‘X-Men’ related film. Then, it was delayed to August 2 to avoid coinciding with the release of yet another film in the franchise, the divisive ‘Dark Phoenix’.

But, at long last, it looks like we are finally going to be able to see what director Josh Boone has been cooking up for this horror-related superhero film. With the second official trailer being released just a few weeks ago, we now have a brand new poster released by 20th Century Studios. The poster, which can be seen above, features the main cast of the film against a cool blue backdrop with a stylish font reading the title of the film.

What is perhaps the most visually appealing aspect of the poster is the X-Ray effect that appears on certain sections on the characters’ faces, though. It definitely adds to the factor of this being a horror film and brilliantly teases what we can only hope is a movie that is worth the two year wait.

The New Mutants is scheduled to be released theatrically on April 3, 2020.