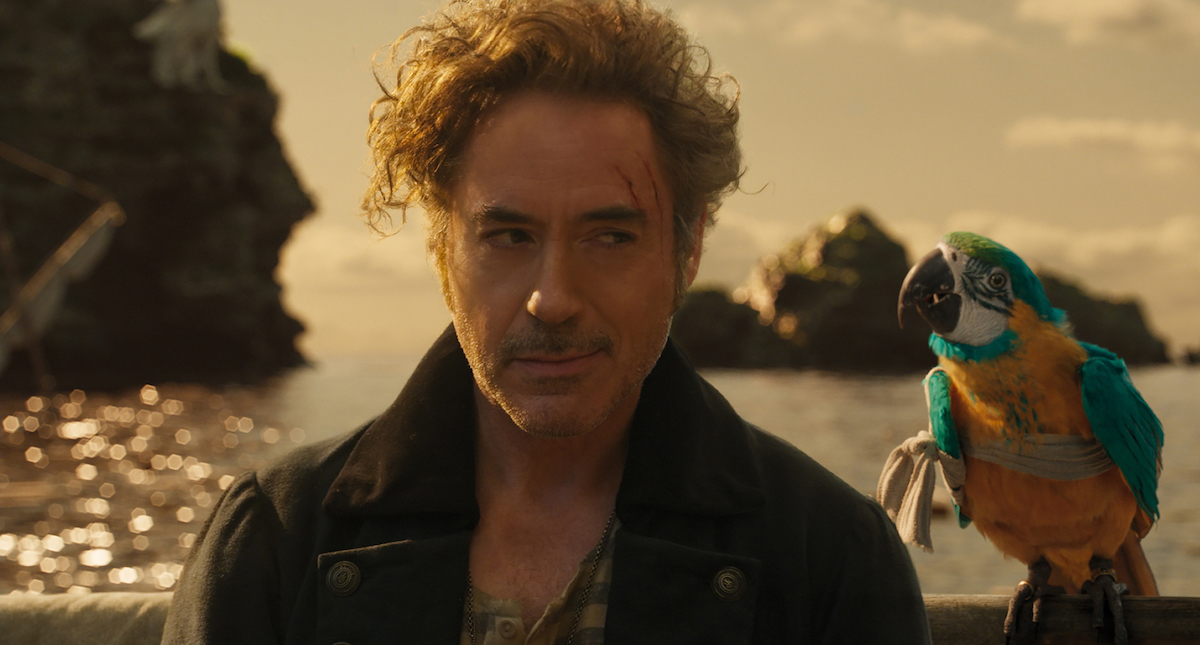 There’s a sketch in John Mulaney’s Netflix comedy special John Mulaney and the Sack Lunch Bunch that breaks down what an audience can expect from a modern “kid’s” movie. Set in a focus group for the made-up “Bamboo 2: Bamboozled,” John Mulaney goes around the table asking precocious kids questions about the film “Raise your hand if knowing Mark Ruffalo is doing the voice of the cockatiel advanced the movie experience?” The sketch touches upon the tropes that work for kids but not adults, from the over-packed cast of characters clearly there to sell tickets, to the potty humor, to the song thrown in at the credits that has nothing to do with the film. Dolittle, the new film adaption of Hugh Lofting’s children book series, easily falls into those tropes and then some, creating a beautiful looking pile of “meh”.
Inspired by Hugh Lofting’s Doctor Dolittle children’s book series, the third film adaption after 1967’s Doctor Dolittle with Rex Harrison and 1998’s modern version Dr. Dolittle starring Eddie Murphy, this one takes the character back to Victorian England. As a young man, John Dolittle (Robert Downey Jr.) traveled the world helping animals, developing the ability to speak to them and eventually falling in love with his future wife. After her death, Dolittle closed the doors to his government-funded veterinary practice and goes to live in solitude with his animal friends. This changes when Queen Victoria (Jessie Buckley) falls ill, forcing Dolittle and his new young apprentice, Stubbins (Harry Collett), to find a possible cure. Needing to find the Eden flower, a plant no one has seen, from an island that no one has been to, that will definitely cure the queen, Dolittle sets off on an adventure with Stubbins and the rest of his animal friends as new enemies from the crown (Michael Sheen) and strange lands (Antonio Banderas), threaten to stop him. 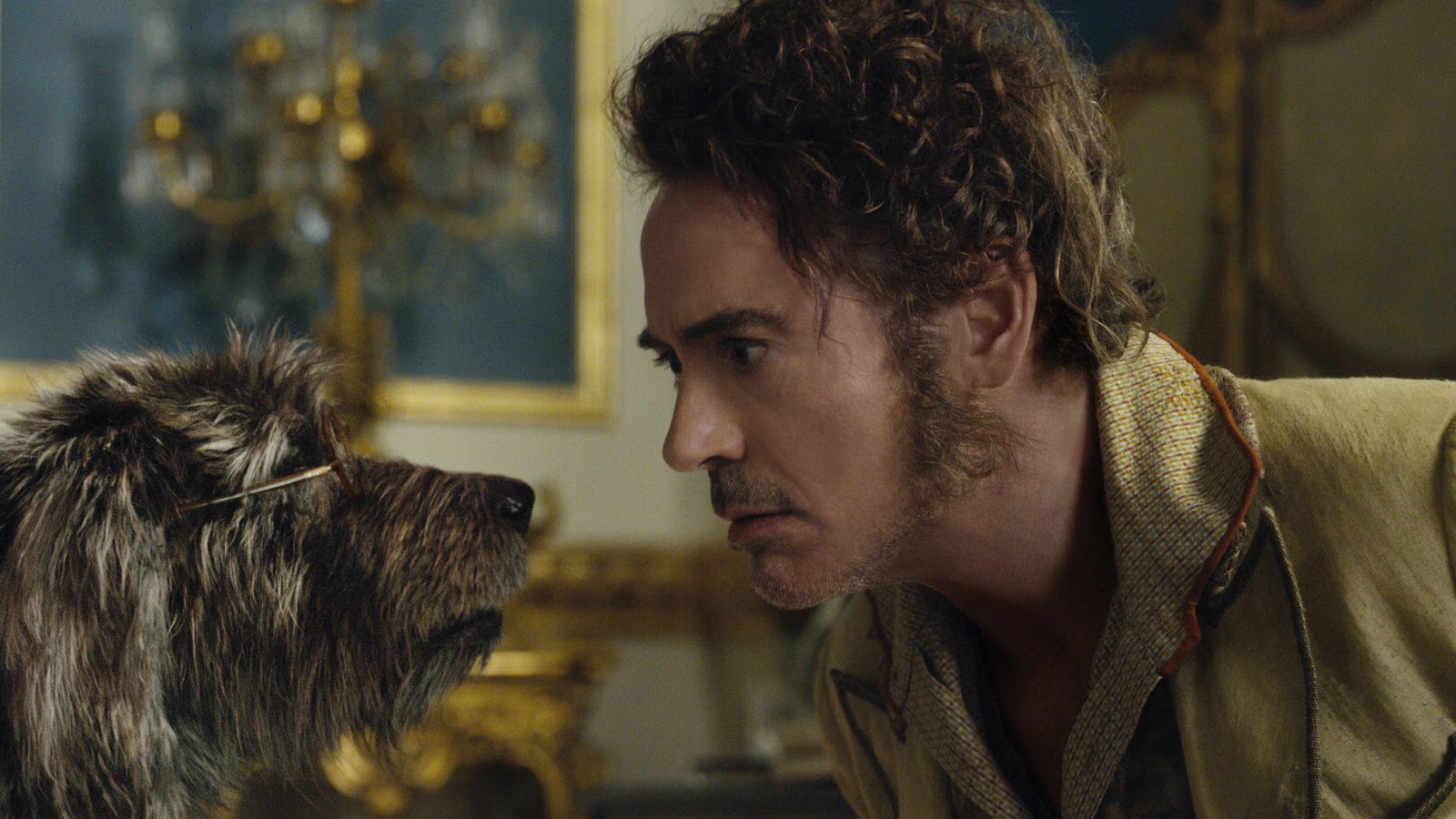 Like a lot of kid’s movies, this one has an oversaturation of characters that pop in to save our heroes in their time of need and then disappear once their usefulness is gone. Besides Rami Malek’s gorilla, Chee- Chee and the second in command Poly, a parrot voiced by Emma Thompson, all the other animals sort of blend together and fade away. This is true for Selena Gomez’s giraffe, Betsy, and Marion Cotillard’s fox, Tutu, the film clearly using star power to sell itself. Some of the lines spoken by the animated characters sound more like a series of punchy catchphrases rather than cohesive dialogue.  However, there are moments of real hilarity, especially from Craig Robinson’s Kevin, a squirrel who is accidentally shot by Stubbins, saved by him, and now out for revenge against him.
Unfortunately, the real problem of the film besides a lacking script is Robert Downey Jr. Donning a Scottish accent, the veteran actor, known for playing Iron Man in the Marvel Cinematic Universe, lacks the spark that we are used to him having. Downey Jr. loses the character in the Scottish accent. It’s distracting and, in an attempt to fix it, produces some of the worst dubbing and ADR work in recent years. Does he really need that accent? Is the target demographic of children such fans of the original source material that they would riot if he did not sport a Scottish accent? I can only assume that maybe Downey Jr.and director Stephen Gaghan thought that a more understandable English accent would be too similar to Downey’s accent in Sherlock Holmes. Whatever the reason, the film lives and dies by its central character, and however you say it, the accent provides a big enough distraction to detract from the character’s emotional growth.

On the production side, the bar is set high. Danny Elfman’s score provides the film with a sense of earnest whimsy and emotional warmth. The set and costume design are a brilliant breath of fresh air in an otherwise mundane story. The beginning’s exposition is told through beautiful illustration, making you wish the entire film was told like that. While the acting and script could have used more work, the actual look and feel of the film is quite pleasing, leaving you to wonder how more prominent elements got so overlooked.
January is always an interesting time to go to the movies. You have the leftover Oscar-nominated films from December still lingering in theaters and you have new movies that are less than stellar hoping to make a few bucks. Despite the film’s obvious shortcomings, it won’t be the worst thing in theaters this January and not the end of the world if you are forced to see it one cold Saturday with your kids.
2 out of 5