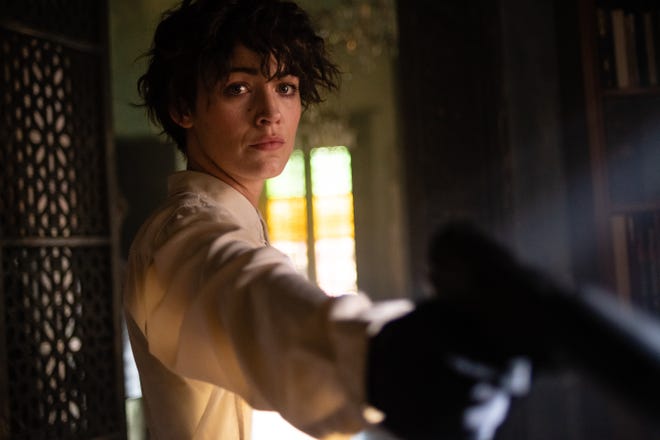 Everyone reacts differently to tragedy. Some people use it
to motivate them to be better, to do better. Others let it consume them and
ruin their lives. Unfortunately for Stephanie Patrick (Blake Lively), the latter
has happened as her life spirals out of control after an airplane crash that
kills her entire family in The Rhythm Section. Once a top student at
Oxford, Stephanie now finds herself as a drug and alcohol addicted prostitute
named Lisa, working for a pimp named Dean West (Daniel Mays) in London. She is
emaciated and depressed – seemingly floating through life using any conceivable
substance to dull her pain.

When a journalist named Keith Proctor (Raza Jaffrey)
approaches Stephanie and tells her that the airplane crash was not an accident,
that it was the work of terrorists – Stephanie can’t seem to grasp what he is
saying and immediately dismisses it. As more time passes, and with the possible
truth eating at her, Stephanie finally draws up the courage to contact Proctor.
He brings her into his home and introduces her to a dark and twisted web – and
at the center of it is Reza Mohammed (Tawfeek Barhom). Stephanie vows to bring justice
to Reza and those responsible for the crash that changed her entire existence.

Stephanie seeks out the help of Iain Boyd (Jude Law), a
former MI6 agent that was Proctor’s source who enlightened him to the
conspiracy in the first place. Boyd agrees to train Stephanie – not only
physically with running, swimming, and shooting practice – but he teaches her
how to control her emotions and use her wits in any situation. Boyd lets her know
that the conspiracy goes even deeper than she thought, and that Reza is only a
pawn. Before long, Boyd thinks Stephanie is ready – and with a new identity and
her training behind her, he throws her to the wolves. Stephanie meets with Marc
Serra (Sterling K. Brown) – a philanthropist who also has connections to the dark
world that Stephanie is trying to infiltrate. Stephanie will do whatever is
necessary to complete her quest of justice for her family, no matter where she
must go or who stands in her way. 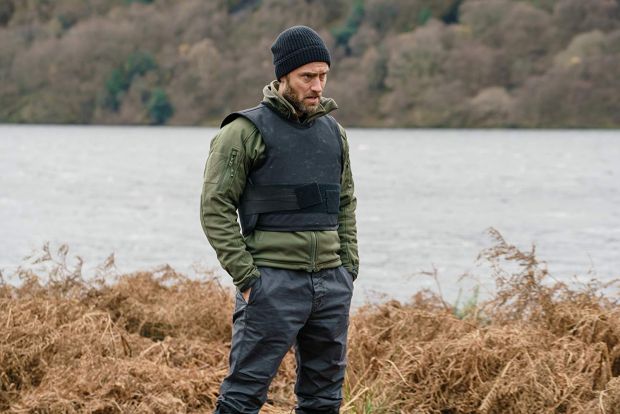 The Rhythm Section is based on the novel by Mark Burnell
who also pens the screenplay and is directed by Reed Morano. Morano weaves
scenes of Stephanie interacting with her parents before the crash into the
narrative to keep reminding the audience of Stephanie’s humanity and what is
driving her. Morano does not have much film experience – most of her prior
directing has been for television shows. Some of this inexperience shows as The
Rhythm Section muddles along. The film can be incredibly stale at times not
to mention hard to follow. Having read the book, I had some background to go from
– and with Burnell being involved in such a large capacity, I really expected
more – but the film goes off the rails several times.

Lively provides us with a solid performance, but it is not
enough to save The Rhythm Section. Along with her impressive acting,
Lively’s physical transformation in the film is shocking. She looks almost
unrecognizable as Stephanie when she is at rock bottom. With
so many talented actors involved, and a well-received book as the premise – I had
big hopes for the film and for a possible universe to be built around the
characters. Instead we get a poor man’s Jason Bourne, and even that might be a
bit generous. Numerous character’s motives are unclear – and not because of
deception or espionage, they just don’t make sense. The narrative isn’t smooth,
and the film seems to jump around all over the place.

Lively’s performance aside,
there were some other redeeming qualities. The main one being a big car chase that shifts from close-up shots of Stephanie to point of view, putting the
audience in the driver’s seat (pun intended). This chase was a blast and really
makes you feel like you are racing through city streets. Unfortunately, that
was the highlight of this overall bland and cliché thriller. There was a lot of
wasted potential here, and I think if they could call mulligan and take another
shot at this one, The Rhythm Section and the audience would be better off
for it.
2 out of 5