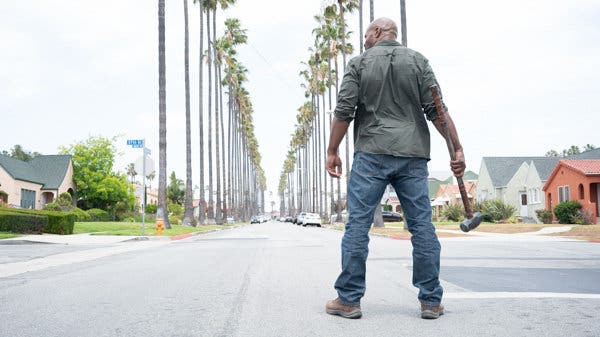 The next adaptation of the John Henry legend is here with
Terry Crews staring in/as John Henry. This modern take of the tale of
the steel-driving man lands John Henry (Terry Crews) in the gang filled neighborhoods
of Southern Los Angeles. Splicing home footage of a young John Henry (Rich
Morrow) from the early 90s with modern footage, we learn that Henry used to be
involved with a gang himself – one that his cousin Hell (Maestro Harrell) was
deeply rooted in and vowed to lead one day. After a violent encounter and a
freak gun accident, Henry leaves the world of gangs behind and vows to not use
a gun and restrain from violence in the future. 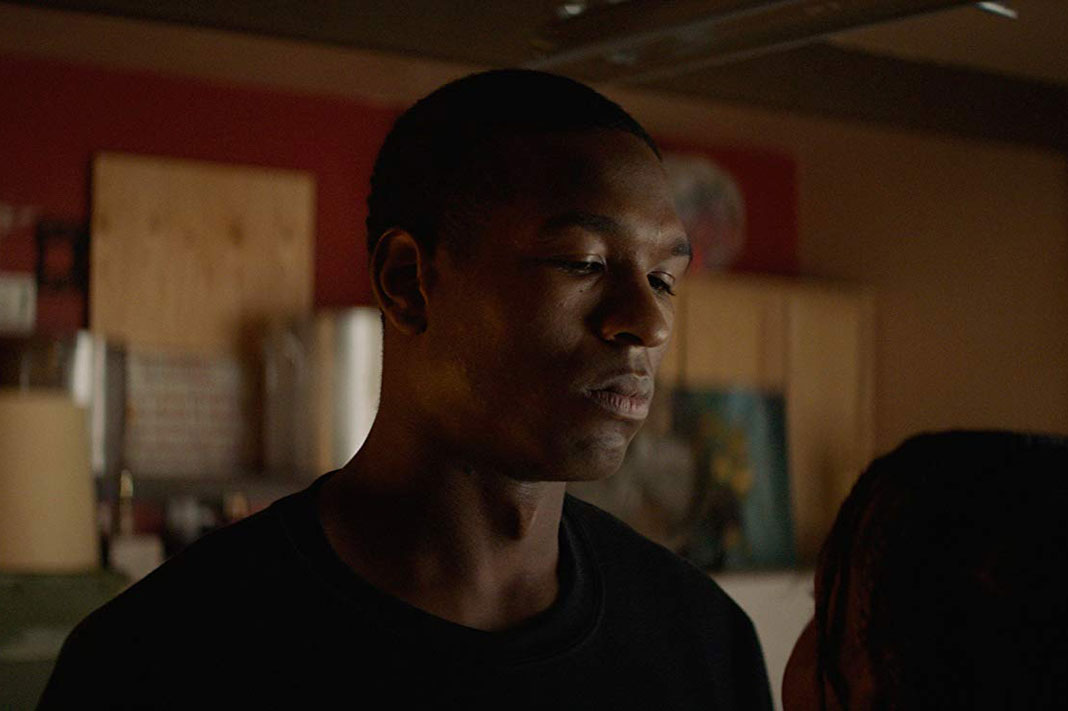 Having always been a soft spoken and reserved man, Henry
continues to live his life in the suburbs of Los Angeles with his quick-witted father
BJ Henry (Ken Foree) who takes every opportunity possible to let John and
everyone else know of his former sexual exploits and how renowned his ‘member’
used to be in his younger years. A local gang, led by Hell (Chris “Ludacris” Bridges),
decides that prostitution is a more profitable venture than drugs and begins
kidnapping women from the streets. This gang happens to wear fully white sweat
suits as are their outfit of choice, unfortunately bloodstains are probably not
easy to get out of bright white clothing. One of the kidnapped women, Berta
(Jamila Velazquez), manages to escape and by pure happenstance finds herself at
Henry’s house – leading to a chain of violence that was decades in the making.
Don’t worry, a sledgehammer will be involved soon enough.

John Henry is the debut feature from Will Forbes who both
wrote and directed the film. There were some stylistic elements Forbes employed
that I enjoyed – a couple of Rear Windowesque cigarette nods and intro
scenes that look like they were pulled straight from a graphic novel come immediately to mind. Music is a big part of John Henry – from flamenco
guitars to rap to old John Henry ballads, the score serves to drive the film.
It also is a precursor of things to come, with each different group in the film
seemingly having their own theme songs.
The highlight of the film was certain pieces of dialogue
scattered throughout. From conversations between John and his father to two
gang members arguing about everything from The Human Centipede to
recidivism, these conversations had some hilarious moments. Unfortunately,
these elements I enjoyed did not do enough to raise John Henry above
being a mediocre film overall. The action becomes over the top and at times
mindless. One of the central issues was with the main villain, Hell. Hell
seemed like an afterthought – added in because there needed to be a showdown
between our hero and a final boss. We needed more to really cause the audience
to hate him and root against him. Crews gives a solid performance, but even that wasn’t enough to make John Henry worth seeing and unfortunately it
is not.
Rating: 2 out of 5