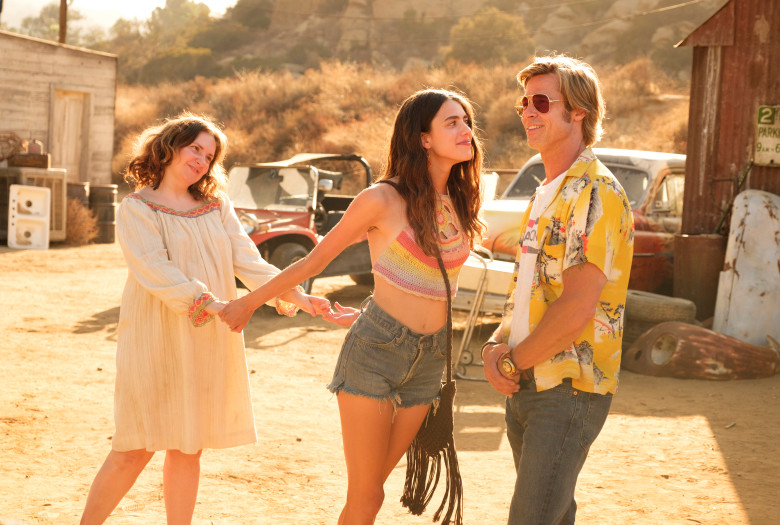 If you’re a fan of Quentin Tarantino it’s probably a good thing that his movies tend towards the long side. Of late he’s been tinkering around with his films and making them even longer, as he did with the Netflix version of The Hateful Eight, and the recent re-release of Once Upon a Time in Hollywood which added 10 more minutes to the 161-minute runtime. There have been rumblings of an even longer cut out there, one clocking in at around 4-hours, and Tarantino sounds like he’s going to let us see it.

This has been a busy awards season campaign for Tarantino and Once Upon a Time in Hollywood, which obviously paid off last night with a Best Picture and Best Screenplay win at the Golden Globes. But while he was out there promoting the film at a special FYC screening at the Arclight in Hollywood, Tarantino talked about showing the longer cut to Sony’s top guy, Tom Rothman, who was totally down for it…

“It’s all good. It’s all great. I don’t know if an audience would sit for it, but I love it. So we showed it to Tom Rothman and it was like, ‘OK, here this all is. We know that this is a movie, but maybe you can help us out because we like everything.’”


At that point, Brad Pitt asked the question everybody on everybody’s mind, “The real question is are we going to get to see this one way or another?”

Because nobody wants this to be another Kill Bill: The Whole Bloody Affair, which was only shown to a select group in Beverly Hills but remains unreleased.

Tarantino replied,
“Hey look, it’s all good so once this whole thing is said and done, maybe in a year’s time, we probably will.”

Obviously, there’s nothing concrete in that statement, but it’s something. The possibility is still out there that Tarantino re-edits it into a Netflix series with additional material, just as he did The Hateful Eight. I think the better Once Upon a Time in Hollywood does at the Oscars, the greater the odds. After last night, those odds are definitely looking up. [Collider]