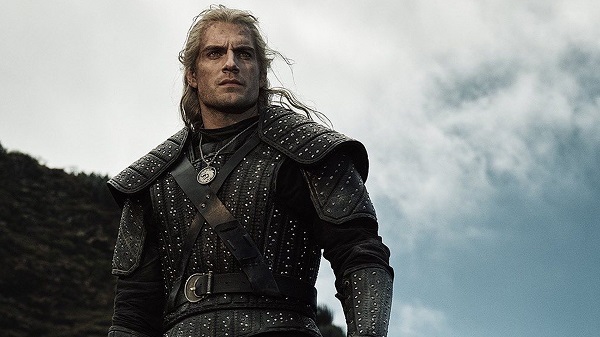 It’s clear that Netflix knows they have a hit on their hands with The Witcher.  The adaption of Andrzej Sapkowski’s fantasy book series has been a rating juggernaut (76 million people worldwide watched the first season based on Netflix’s metrics) as we were introduced to “The Continent” as we got to know monster hunter Geralt (Henry Cavill), sorceress Yennefer (Anya Chalotra), and process Ciri (Freya Allan) as their fates will eventually intertwine.  The first season (while time-jumping and confusing at times), helped fill in that GOT sized hole in our hearts and gave us a brand new world to explore filled with actual real fantasy, completed with magic, monsters, talking dragons, porcupine-faced royalty, and everything in between.  It’s a no brainer that a second season of the show was coming (pretty much before the first season premiered), but now we’re getting even more of The Witcher in the form of an anime film.

Both Netflix and series creator Lauren S. Hissrich tweeted that a new anime film The Witcher: Nightmare of the Wolf is in development and will also be animated by the same studio behind The Legend of Kora, The Boondocks, and Voltron: Legendary Defender (Studio Mir).

It’s a big day here in #TheWitcher world — and I’ve been keeping this one secret for over a year! https://t.co/9Rp1ftDO0p

Netflix is no stranger to having multiple projects attached to the same IP as they currently have two different He-Man projects in the works: one anime series produced by Kevin Smith that’s a continuation of the 80’s classic (they really like anime) and another that’ll be a reboot of the property.  There’s no word if Cavill, Chalotra, Allan or any of the other people from the live-action show will provide voice work for the film just yet or even if it will be connected.  But rest assured, if it’s as fun as the TV show, we’ll all be watching!