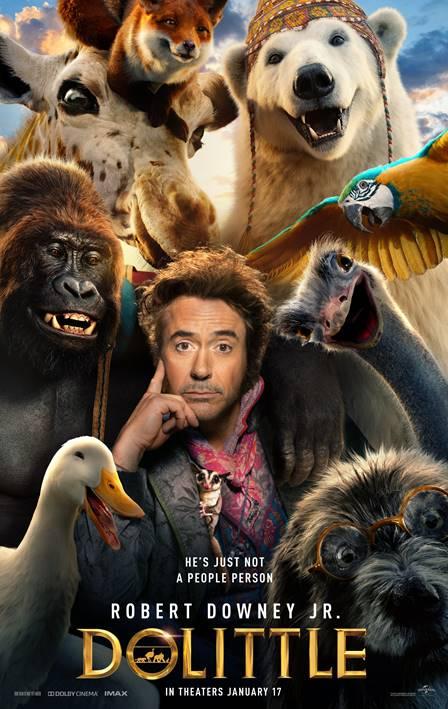 We’re happy to invite our DC readers to attend a free early screening of Dolittle, starring Robert Downey Jr. as the veterinarian who can communicate with animals.

SYNOPSIS: Robert Downey Jr. electrifies one of literature’s most enduring characters in a vivid reimagining of the classic tale of the man who could talk to animals: Dolittle.


After losing his wife seven years earlier, the eccentric Dr. John Dolittle (Downey), famed doctor and veterinarian of Queen Victoria’s England, hermits himself away behind the high walls of Dolittle Manor with only his menagerie of exotic animals for company. But when the young queen (Jessie Buckley, Wild Rose) falls gravely ill, a reluctant Dolittle is forced to set sail on an epic adventure to a mythical island in search of a cure, regaining his wit and courage as he crosses old adversaries and discovers wondrous creatures.


The screening takes place this Saturday, January 11th at 11:00am at AMC Mazza Gallerie. If you’d like to attend, register at the Gofobo ticketing site here. Please remember all screenings are first come first served and you will need to arrive early to ensure seating. Enjoy the show!