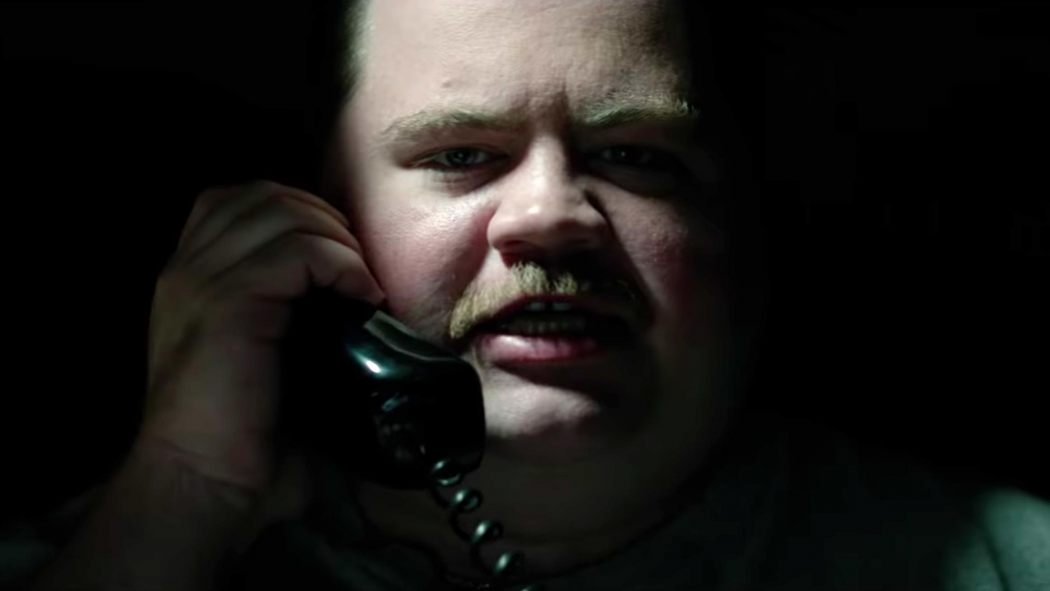 The name Richard Jewell shouldn’t be famous. If the tragic events of July 27th 1996 hadn’t have happened, it wouldn’t be. He was a normal guy; an overweight security guard with a spotty job history and a pleasant but forgettable demeanor. Jewell would probably be considered a doormat by some folks for being too nice. But those events of July 27th 1996 did happen; a terrorist did set off an improvised bomb at the Summer Olympics in Atlanta; and Jewell was the one who first discovered it. If that were all there was to it, Jewell would be remembered as a momentary hero, someone who was at the right place at the right time. But it’s what happened after that which has cemented Jewell’s name, and given Clint Eastwood a provocative story to rally around.

While Eastwood’s grizzled, keep off my lawn/don’t tread on me perspective has only become more prominent over the years, it has never been as distinct as in Richard Jewell. Corrupt government officials in the FBI and a venomous news media lurk in the shadows, ready to unleash a power-mad scheme to destroy common, every day Joe Blow. To be fair, Eastwood has plenty to go on to make that kind of assertion, which is why this feels like the most invested he’s been behind the camera. 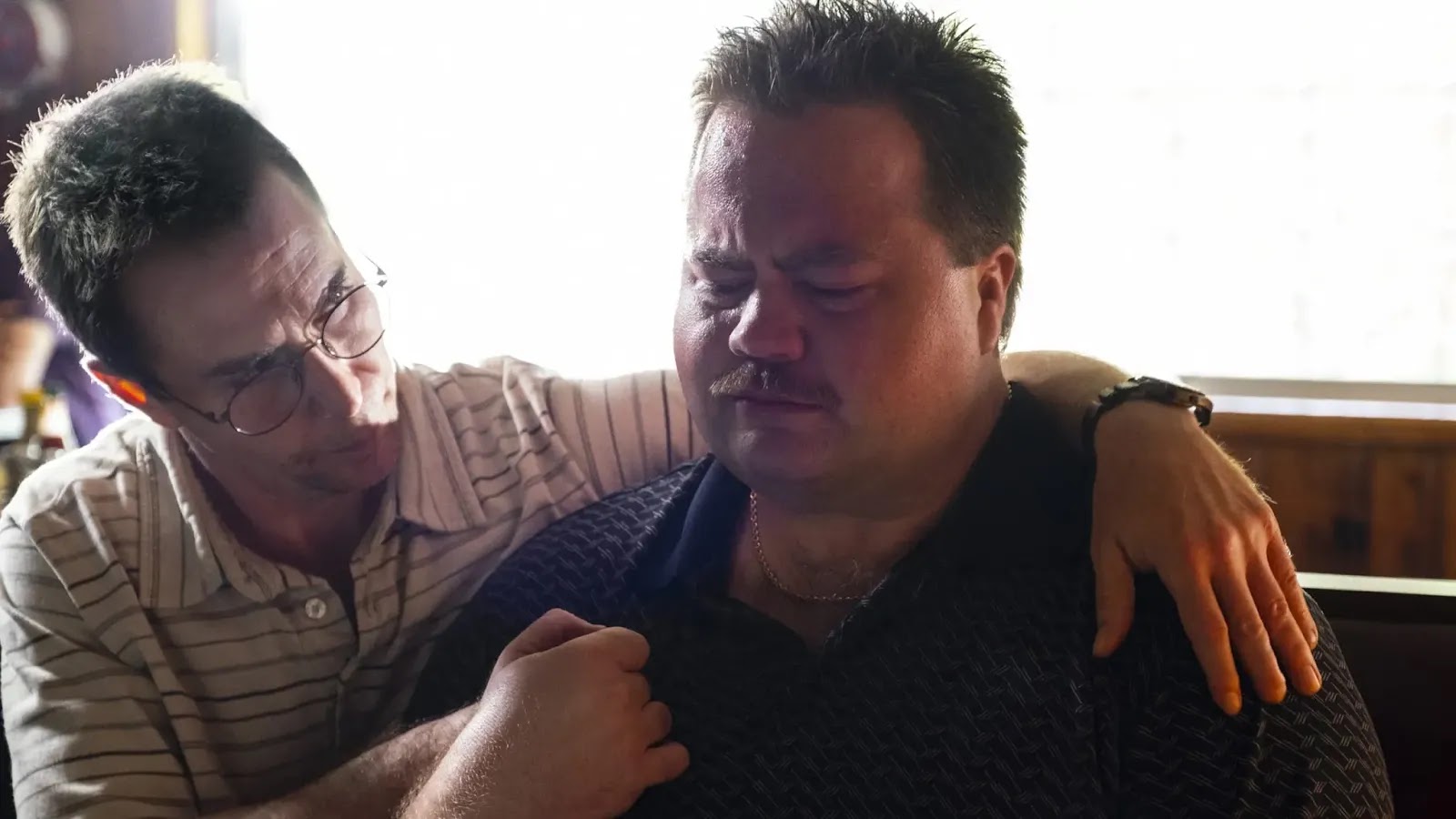 Jewell, played by I, Tonya and BlackKklansman goof Paul Walter Hauser, is first seen as a congenial office clerk. That’s where he met aggressive attorney Watson Bryant (Sam Rockwell), and kept his stash of Snickers bars stocked, and occasionally joined him for video games at the nearby arcade. But Jewell has aspirations of getting into law enforcement, but they’re scary aspirations. He eventually gets his wish, but stints as a cop, then a campus security guard, are cut short by his overzealous nature. It’s the kind of undisciplined zeal and need to command authority that, under the wrong temperament, turns men like George Zimmerman into killers of the innocent. But Jewell isn’t violent, it doesn’t seem to be in his nature at all. He is by all accounts a good person just trying to do the right thing, albeit the wrong way.

That makes him both the most perfect and most imperfect person to find that bomb on July 27th in Olympic Park. The police officers don’t even believe him at first, seeing Jewell as just some chubby wannabe cop. But when forced to accept that he’s not making it up, it’s only moments later the explosion occurs. The injuries were vast, but it would’ve been much worse if Jewell hadn’t began warning people to get away. He became an instant celebrity, risen to the status of hero by a media which needed something good to come out of this horrible tragedy. And then they turned on him. 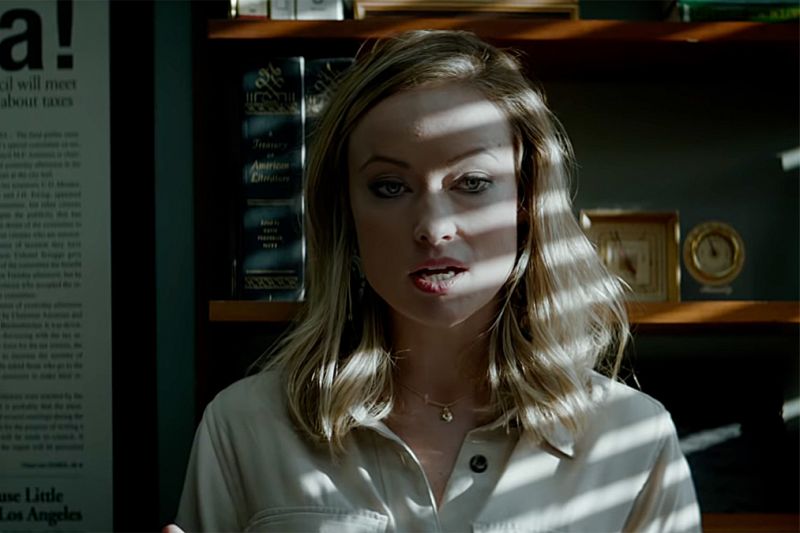 Eastwood captures the rapidity of Jewell’s fall from grace; so quick the sleepy-eyed Jewell doesn’t even see it happening. Within days he’s gone from hero to terrorist, throwing his life, and that of his concerned mother Bobi (Kathy Bates, terrific) into upheaval. It’s quick enough to make your head spin, but comes at the price of a wildly unflattering portrayal of journalist Kathy Scruggs (Olivia Wilde), who destroys Jewell with a single headline. A man-eater it is suggested who uses sex to get the big stories, Scruggs is painted as the ugliest of female stereotypes and nothing is done to contradict that. Something tells me if Scruggs were still around she’d be filing the kind of defamation suit that Jewell filed against her outlet, of which she was eventually exonerated. Jon Hamm plays FBI agent Tom Parker who, after succumbing to Scruggs’ charms, then goes on a crusade to crucify Jewell. Between Parker and Scruggs, the constant humiliation of Jewell in the news media is constant, and Hauser’s sympathetic performance has you wanting the guy to get a win.

That said, Eastwood and screenwriter Billy Ray do a better job rounding out Jewell as a real person than they do his one-note enemies. Jewell is often his own worst enemy. His reverence for law enforcement has him giving in to pretty much anything they ask, much to the chagrin of Bryant, who agrees to become Jewell’s attorney. Bryant’s frustration bubbles over more than once at Jewell’s casual treatment towards the people trying to send him to Death Row. Jewell just wants so badly to be a cop that he’s afraid of going against them. It also doesn’t help that Jewell fits a certain kind of profile; a frustrated white guy obsessed with law enforcement, with need to be the center of attention. Oh, and he owns dozens of guns. “It’s Georgia”, is the only defense he can mount to the flabbergasted Bryant, who understands all too well that perception is often reality. Bryant, a perfect stand-in for Eastwood himself, has an office with a poster boasting “I fear government more than I fear terrorism.” Even his assistant, a Russian woman (played by Nina Arianda), says “Where I come from, when the government says someone’s guilty, that’s how you know they’re innocent.” One can imagine Eastwood chuckling to an empty chair over that one. 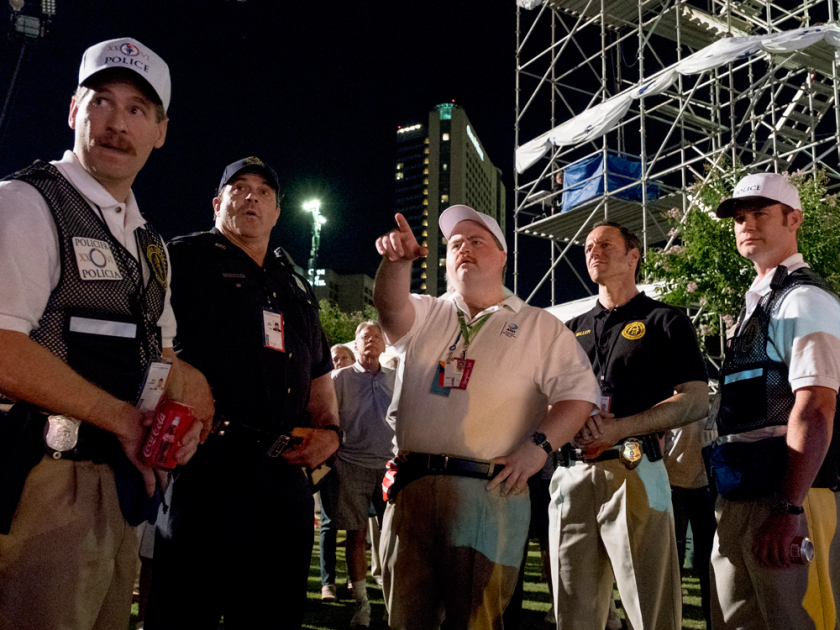 What emerges is a strange coming-of-age drama in which Jewell learns to remove the rose-colored glasses and look at the world with more skepticism. The actual merits of the FBI investigation aren’t explored with any real depth, perhaps because it makes sense for Hauser to be a cursory subject as the person who found the bomb, the same way spouses are investigated when the other dies suspiciously. The driving force of Richard Jewell is Eastwood himself, who relishes his working-class hero (these characters are a constant for him) and longs to give the man his due. He puts Jewell bravely in the heart of the action during the bombing scene; while others are partying or loafing around. It’s a few minutes of terrific tension, and we forget how good Eastwood can be at scenes like this, while employing his no-frills style to maximum effect. The minimalism of it actually helps in capturing the gravity of the situation, and Jewell emerges as the protector he always saw himself as. Richard Jewell may go way overboard in criticizing forces Eastwood has little respect for, but it does much to honor Jewell’s simple heroism, and hopefully will inspire that in the rest of us.