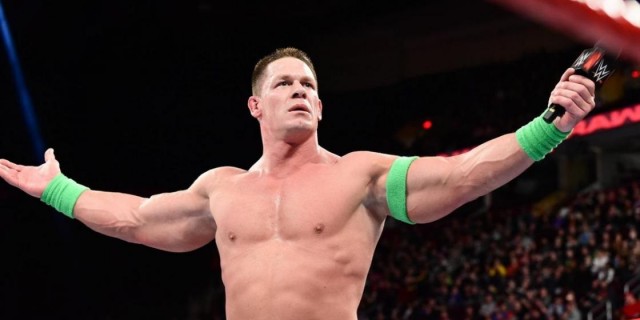 Someone recently asked me if I thought John Cena would return to wrestling for WWE anytime in the near future, and my response was pretty simple:  “The fuck he will.”

He might show up at WrestleMania or something but he ain’t gonna be in the Royal Rumble and he ain’t gonna be fed to The Fiend. Cena has established himself as a legit actor in Hollywood, not quite on Dwayne Johnson’s level but getting there, and he’s way too busy to risk getting dropped on his head for Vince McMahon. And now he’s got another movie role that will keep him away even longer.

Cena will join Lil Rel Howery and Search Party‘s Meredith Hagner for Vacation Friends, which is a comedy, of course. The film will mark the directorial debut of Silicon Valley exec-producer Clay Tarver, and centers on a straight-laced couple who have way too much fun with a rowdy couple while vacationing in Mexico. However, when they return home they find the crazy duo have followed right behind them.

This has been in the works for years, and you may remember it was once set to star then-married couple Anna Faris and Chris Pratt. The script is by brothers Tom and Tim Mullen, who sold the script to Fox for a huge deal in 2014. Fox and Hulu are working together on it now.

Also keeping Cena away from the squared circle are Fast & Furious 9, The Suicide Squad, and Jackie Chan’s Project X-Traction. [Deadline]